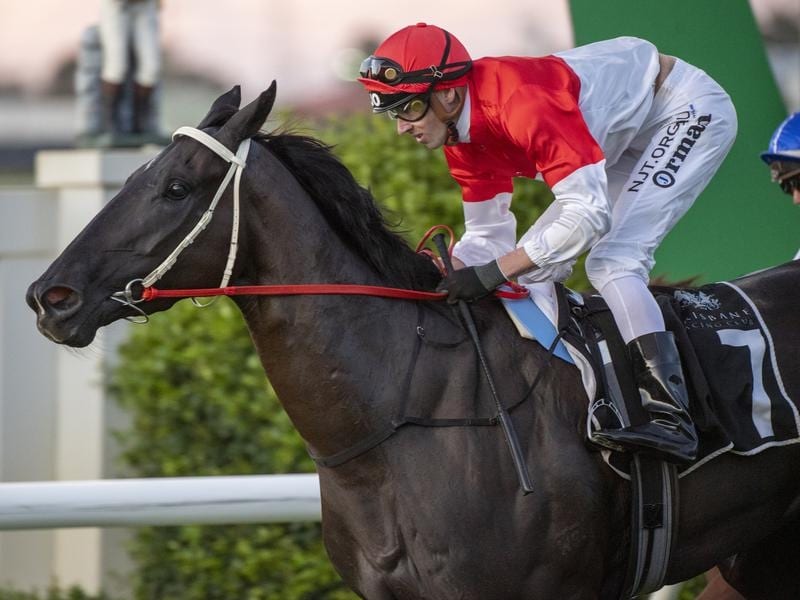 Trainer Steve Tregea has options at his disposal for promising three-year-old Command’n’conquer.

Command’n’conquer has been one of the finds of Queensland racing this year and won his first three starts in impressive fashion.

He was beaten at his past two starts at the Gold Coast when he didn’t appear to be at home on the tricky seaside track.

Tregea is debating whether to run Command’n’conquer in the Group Three Fred Best Classic (1350m) at Doomben on Saturday or the QTIS Three-Year-Old (1400m) at the Gold Coast on Friday.

“The Fred Best looks like being a really good race with a couple of Stradbroke Handicap hopefuls like Dawn Passage and Grand Piano in it,” Tregea said.

“I think Command’n’conquer is up to top class but don’t forget this is his first campaign.”

Friday’s Gold Coast meeting is the final metropolitan standard one for the time being after the regional format was modified.

The Gold Coast race carries $61,000 in prize money and a QTIS bonus to the winner while the winner of the Fred Best will collect $72,500.

Tregea believes Command’n’conquer will have no trouble with the Gold Coast at 1400m.

“His past two starts at the track they went flat out and they always fan on the corner in them,” Tregea said.

“In the end I am looking to accept in both races and then work out the best way to go.”

The Fred Best is a ballot-exempt race for the Stradbroke but Command’n’conquer won’t be heading to the Group One in a fortnight.

Tregea won the Fred Best with Niccanova in 2017 but didn’t send him into the Stradbroke.

“I think you have to look after your horse and a Stradbroke run at a horse’s seventh start really isn’t ideal,” he said.