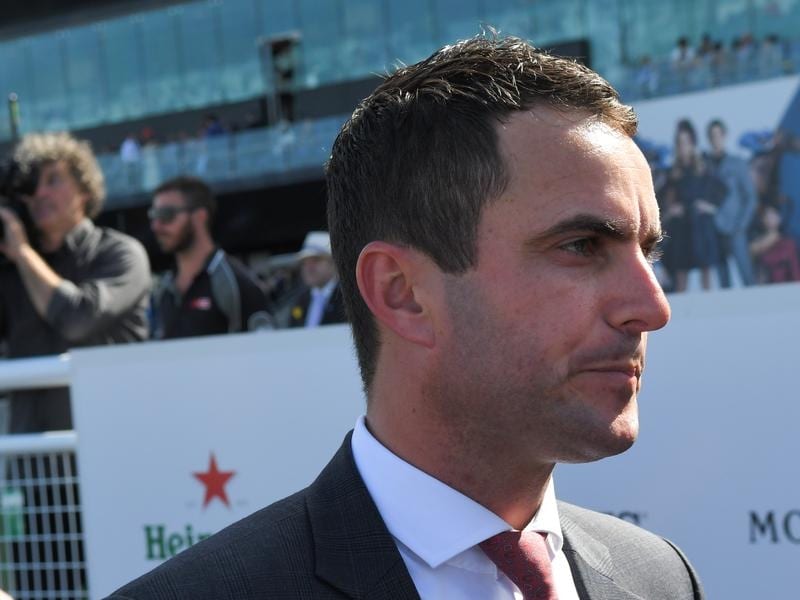 New Zealand training partners Murray Baker and Andrew Forsman are keeping a close watch on the COVID-19 pandemic in Australia.

The pair is hoping to get travel exemptions for some staff members to head to Australia ahead of sending three of their horses across the Tasman for the upcoming spring carnival.

Quick Thinker, The Chosen One and True Enough have been earmarked for races in Australia and are progressing their preparations in New Zealand.

“The horses are coming up well, that is the main thing, and we have got some good options ahead of us,” Forsman told the NZ Racing Desk.

“What path we take will be dictated to by the COVID situation over in Australia over the next two or three weeks.

“The thought is to get some staff members over there, but it is just working through the logistics of that.

“Once we have got that sorted we can make further plans.”

The trainers are targeting November’s Melbourne Cup with The Chosen One and Quick Thinker.

The Chosen One ran 17th in last year’s Melbourne Cup behind Vow And Declare and hasn’t raced since finishing second to Etah James in the Sydney Cup in April.

The stayer won a 1100m trial at Te Rapa on Tuesday.

“I thought it was a very gutsy effort to do what he did because he has still got heaps of improvement,” Forsman said.

“He would have felt the pinch a little bit late, but it was great to see him come back.”

Quick Thinker, who won the Australian Derby at Randwick in the autumn, finished rearwards in his trial but Forsman was not disheartened by the performance.

“He has come back in really good condition, probably too good of condition, and we are taking just a little bit longer to get the pudding off him,” he said.

Forsman said True Enough was an underrated horse that the trainers hope might measure up to weight-for-age class in either Melbourne or Sydney.

“He is very genuine and just seems to be improving with age,” Forsman said.