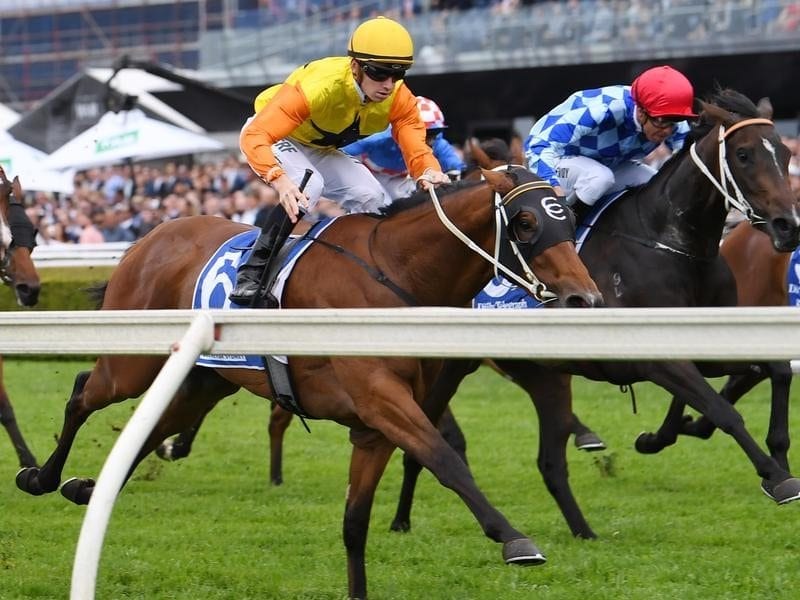 Torvill has won the Reginald Allen Quality at Randwick in race record time.

Torvill has added black type to her record at the third attempt for veteran trainer Clarry Conners and set a new benchmark for the Reginald Allen Quality at Randwick.

Conners had earmarked the three-year-old as a potential Golden Slipper runner but she was not quite up to that standard in her first preparation after failing to place in the Sweet Embrace and Magic Night Stakes.

However, the Listed 1400m trip on Saturday suited her perfectly as Jason Collett moved off the rails and pushed her to the front at the 50m mark.

Torvill ($10) peeled off $4.60 joint favourite and eventual third placegetter Workdrinks to win by half a length in front of Yulong Xingsheng ($14).

“I was a bit worried at the turn but when she got out she hit the line really strong,” Conners said.

He toyed with running Torvill at Kembla Grange rather than Randwick on Saturday but Reginald Allen’s black-type status and her ability meant she stayed in Sydney.

He said Torvill had plenty of scope for improvement after just eight starts and a race in Melbourne was now a possibility.