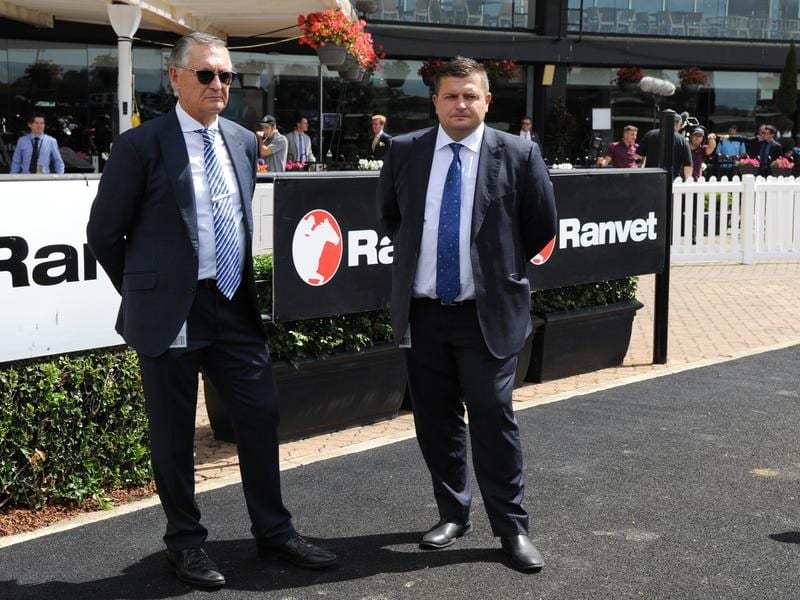 Trainers Peter and Paul Snowden are among those with contingency plans if racing is closed down.

Trainers have ramped up biosecurity measures in stables to ensure racing stays afloat for as long as possible during the coronavirus pandemic.

The sport has been temporarily suspended in five states while officials wait for the results of a Covid-19 test on Victorian-based jockey Mark Zahra.

Two Sydney jockeys who shared a charter flight with Zahra, Hugh Bowman and Tommy Berry, have both been tested and returned negative results to the virus.

If Zahra’s test is also negative, racing is expected to resume in NSW, Victoria, Queensland, Tasmania and Western Australia from Friday and trainers are preparing their horses on that basis.

But it is far from business as usual.

Father and son Peter and Paul Snowden train a large string at Randwick and have 60 employees.

They have implemented an array of biosecurity measures including checking the temperatures of staff, extra hand washing and disinfecting every area, including feed rooms and gates.

They have also cautioned staff to go straight home after work.

“Doing all this is for nothing if they don’t watch where they’re going after work so they’re just going straight home, no socialising, no gatherings,” Peter Snowden said.

He says morale remains good and they are working on the assumption the Tancred Stakes meeting scheduled for Rosehill on Saturday will proceed.

Lees has four runners across the two Group One races including imports Mugatoo, Mustajeer and Danceteria in the Tancred.

“We’re being a lot more diligent, trying to keep everyone spaced and staying in their own barns,” Lees said.

“There’s no races for us today but we’re preparing for tomorrow and Saturday as normal, just a bit more guarded.”

Trainers are also making contingency plans in the event racing is shut down.

Lees says it is important to consider several scenarios but remain flexible.

“We have got contingency plans in place but we’re also pretty open to whatever is put in front of us,” Lees said.

The Snowdens are likewise keeping an open mind.

In New Zealand, racing has halted but tracks remain open for training in the interests of horse welfare.

If the same happens to the industry in Australia, Peter Snowden says it is imperative horses can still be trained and educated.

If tracks are closed, it is unlikely the current crop of yearlings can make their seasonal debuts in the spring.

“If they shut down racing but leave the tracks open, at least we can keep the horses, especially the young ones that can be broken in and educated,” Snowden said.

“We’ve got 60 staff here and if you turn out all the horses, what do they do?

“If we keep the track open and horses in the stable we can keep paying them and keep people employed.”