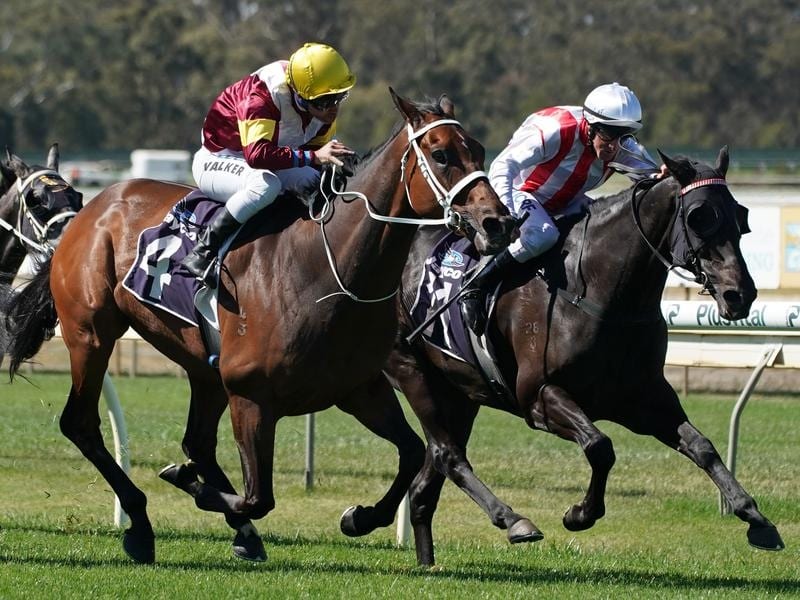 The Chris Waller-trained Brimham Rocks has fallen agonisingly short of a chance at securing a Melbourne Cup start with a narrow defeat in the Bendigo Cup.

Ridden by leading Perth jockey William Pike, Top Of The Range ($8) denied Brimham Rocks ($6) by a long head in the 2400m Group Three race on Wednesday.

Brimham Rocks was No. 37 in the Melbourne Cup order of entry leading into Wednesday’s race and needed to win and receive a penalty to move closer to gaining a start in next Tuesday’s Cup which is restricted to 24 runners.

The winner, trained by Mike Moroney, is not among the 42 horses remaining in Melbourne Cup contention.

Top Of The Range ran second to Melbourne Cup hope Surprise Baby in the Adelaide Cup in March and had finished a last-start second to Wolfe in the Coongy Cup at Caulfield a fortnight ago.

Moroney said the six-year-old had finally come of age.

“He’s had heart fibrillation earlier in his career but he’s matured now and he’s good to deal with.

“I’m not sure where we’ll go. We’ll see how he pulls up first as it’s hard to make decisions on race day.”

Moroney also prepared third placegetter Hang Man ($13) with the trainer now having doubts whether the imported galloper runs out a strong 2400m journey.