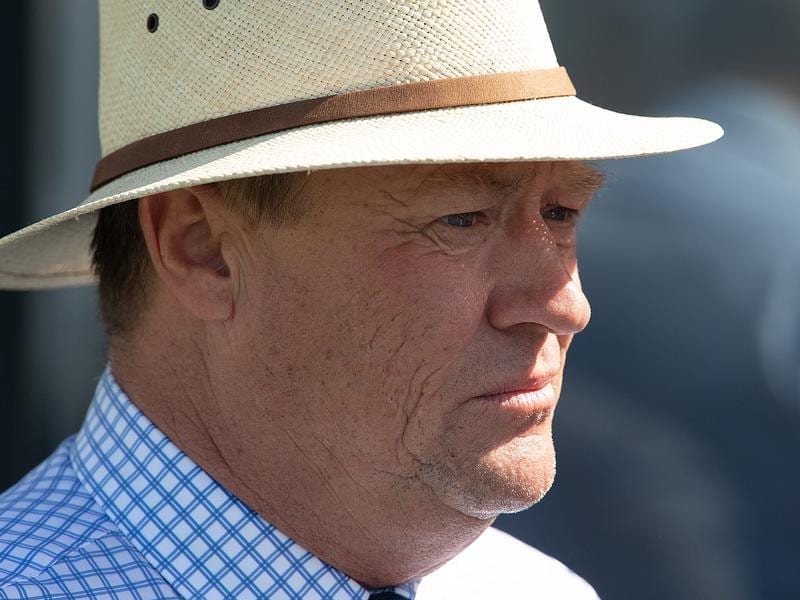 Trainer Tony McEvoy is banking on Hills to win at the Gold Coast and run in the Magic Millions 2YO.

Trainer Tony McEvoy’s chance to defend the Magic Millions Classic rests with Hills who has to win her way in at the Gold Coast.

The filly runs in Saturday’s $100,000 QTIS Two-Year-Old Handicap, the same race her stablemate Sunlight won a year ago before winning the $2 million Classic at the same track.

Sunlight was already qualified for the Classic but Hills needs prize money to get her in the field.

She is the last horse standing for McEvoy with his leading contender Sun City ruled out on Wednesday with a leg infection and Just Zerene failing to qualify.

Hills made her debut at Ipswich last Friday, beating a small but above average field.

While her $11,650 first prize will not get her in the Classic field, her win is enough to give McEvoy some confidence.

The 2015 Magic Millions winner Le Chef won the same race at Ipswich before winning the Saturday before the big race.

“I have always said we were behind with her after she bungled the start in a jump-out,” he said.

“But she has got into the field for Saturday and it is up to her now. Maybe it is our turn for some luck.

“She is a lovely filly and she is gradually getting things right.”

Four of the past six Magic Millions Classic winners have won seven days out from the big event.

Devine Factor made her debut two weeks ago when a neck second to Classic second favourite Dubious at Eagle Farm.

Costa was tempted to run Devine Factor in the B J McLachlan won by Sun City but opted to wait another week to try to get her to the Classic.

Costa believes Devine Factor has improved since her fast-finishing second on debut to Dubious, second favourite for the Classic.

“The extra 100 metres will help on Saturday and she is drawn well (3) so she should get her chance,” Costa said.

Costa was the original trainer of 2017 Golden Slipper winner She Will Reign but when he decided to move to the Gold Coast, the filly stayed in Sydney with Gary Portelli.

The young trainer said there was no use looking back and hopefully Devine Factor could be his future.