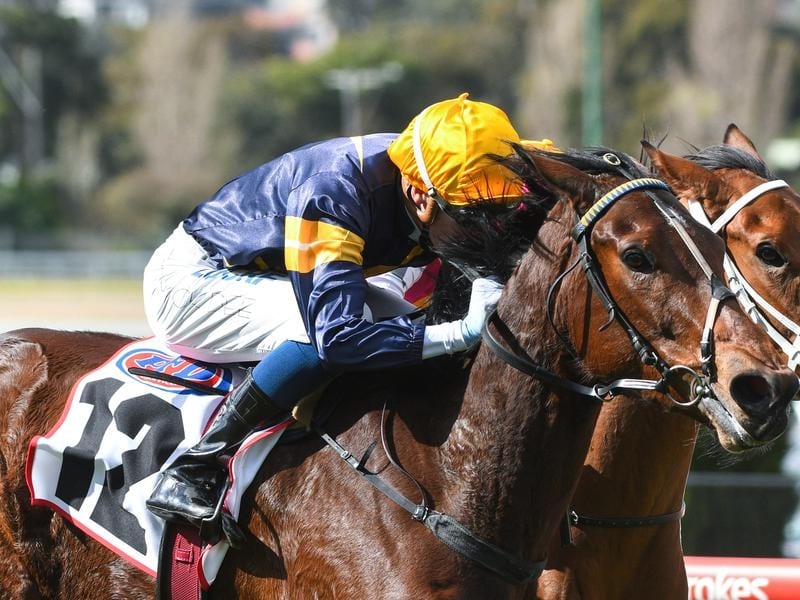 Off the back of a last-start win at The Valley, lightly raced Tofane is set for a return to stakes racing in the Group Three How Now Stakes at Caulfield.

Tofane has been installed second favourite for Saturday’s 1200m race for mares at $7.50, with in-form Pippie the clear-cut favourite at $2.30.

Pippie has been impressive winning at Caulfield her past two starts, firstly in a benchmark-78 over 1100m when she won with plenty in hand before adding the Group Three Cockram Stakes over 1200m on August 31.

Tofane was runner-up in the Group Two Euclase Stakes (1200m) in Adelaide for three-year-olds last season at her fourth career start and trainer Mike Moroney has held ambitions to run her in some of the Group races for mares this spring.

She earned her chance to return to stakes grade after winning second-up at The Valley on September 7, beating the promising Chris Waller-trained Haut Brion Her in a benchmark race over 1200m.

“It was a nice win,” Moroney said.

“She still looked a bit wintry that day – and she still is a little bit – so I think she is still going to keep improving.

“The other filly (Haut Brion Her) looked as if she didn’t handle the Melbourne way of going but our filly got around The Valley even better than I thought she would, actually.”

Moroney is looking to stretch Tofane out to 1400m, where he believes she will be better suited, after Saturday before hopefully getting to the Group One Empire Rose Stakes over 1600m later in spring if she can keep stepping up.

“Pippie is going to be pretty hard to beat on Saturday and it’s definitely a class rise for her, but I think if you took a line through her run at Morphettville (in the Euclase), it was a pretty strong race there too,” Moroney said.