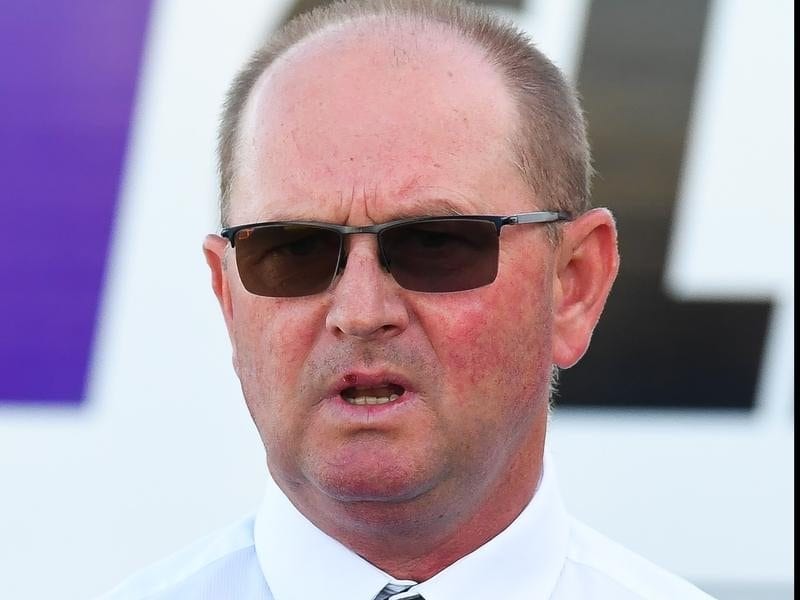 Trainer Toby Edmonds is looking to Col ‘N’ Lil and Whypeeo to improve at Doomben.

A refreshed Toby Edmonds is confident two of his stable stars Col ‘N’ Lil and Whypeeo are fitter for their first-up runs and ready to improve at Doomben.

He was having a short golfing holiday before settling into the lead-up to the Magic Millions carnival.

Col ‘N’ Lil was a first-up eighth in the Keith Noud Quality two weeks ago and Edmonds scratched her from the Just Now last Saturday.

“She isn’t a big mare and she had 59kg in the Just Now. In Saturday’s race she is down to 55kg which isn’t bad for a multiple stakes winner,” he said.

Whypeeo was beaten as a short priced favourite when third at Canterbury on December 1.

“He wasn’t the best away and had to be used up to lead. In the circumstances it wasn’t too bad,” Edmonds said.

Jeff Lloyd returns from a holiday to partner Whypeeo which Edmonds sees as a bonus.

“Jeff has ridden him in all three of his wins and he knows Whypeeo’s quirks,” Edmonds said.