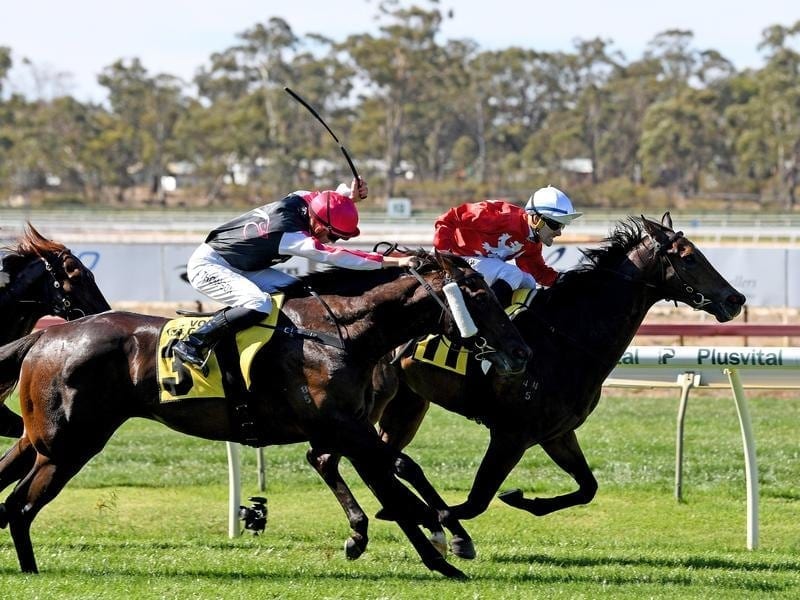 Trainer Troy Corstens expects a bold showing from Thrillster (r) when she returns at Caulfield.

Co-trainer Troy Corstens has Thousand Guineas hopes for the promising Thrillster but expects to get a much better guide on those ambitions when the filly faces an early season test in the Quezette Stakes.

Thrillster finished in a dead-heat for second in a Listed 1200m race on debut in March before winning the VOBIS Gold Rush (1000m) and VOBIS Gold Sires (1200m) in her next two starts before a break.

“It looks like it will be a really good race on Saturday and it will show us if we’re going to be competitive in those better fillies races over the spring or if we’re kidding ourselves,” Corstens said.

Corstens currently has Thrillster on a path towards the Group One Thousand Guineas (1600m) in October and the stable has been pleased with the way the filly has been building up for her return after an encouraging first preparation.

“She did a good job getting the stakes placing at her first start then her second run was a really good run,” Corstens said.

“She put the writing on the wall with her third run which I think was her best performance.

“There is always a little bit of a question mark on the form out of the restricted VOBIS races but I think she’s a really nice filly.

“She had a really nice break and has come back bigger and stronger.”

Thrillster has had a couple of jump-outs and Corstens believes the three-year-old will also take benefit from whatever she does first-up in the 1100m race.

The Quezette Stakes nominations also features unbeaten Godolphin filly Multaja who has been dominant in wins at Werribee and Moonee Valley in her two starts.

The Corstens stable is planning to start Titan Blinders in the Vain.