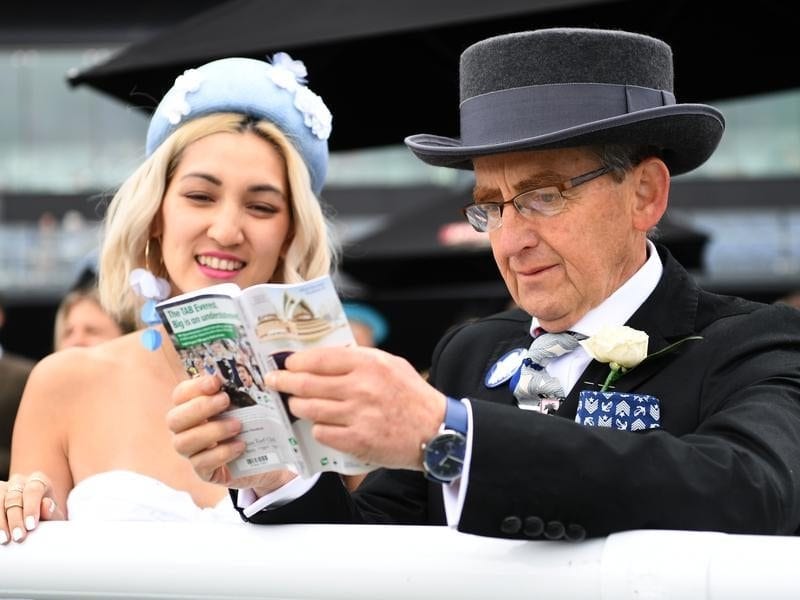 Sydney has put on a showy spectacle at Randwick in an attempt to steal glory from the Melbourne Cup.

Sydney has put on a showy spectacle of racing riches at Randwick in an attempt to steal glory from the Melbourne Cup.

Punters frocked up to the debut of the world’s richest race on turf The Everest not just to watch Redzel gallop first past the post, with the winners pocketing a share of the $10 million purse.

Nor to see the winning jockey Kerrin McEvoy and trainers Peter and Paul Snowden be awarded the trophies encased in hundreds of thousands of dollars worth of diamonds.

Some people such as Tain Laverty and her seven friends from Ireland who are in Australia on working visas, turned up to watch US singer Jason Derulo perform his hits such as Swalla and It Girl.

“I want to know if he is ridin’ solo!” Tain Laverty told AAP, referencing the 28-year-old’s hit song and his status as a single man.

Thousands of screaming fans filled the Theatre of The Horse on Randwick’s grounds as Derulo’s dancers took to the stage at 6pm before the man himself opened the show with the song Wiggle Wiggle.

Sydney local Cherie O’Brien said the show had a good vibe and a good way to end the day.

“I liked the last song he sang Want to Want Me,” O’Brien told AAP.

The attention of most fashionistas looking for style at the Everest was at the Fashion Chute where winner Samantha Cook took first prize in a gorgeous black, white and orange dress with white shoes and a black hat.

At least 33,000 people turned up to the world’s richest race on turf that was buoyed by a late rush at the gates shortly before Derulo’s show.

Now the Spring Racing Carnival’s attention turns to Melbourne where the elegance of about 100 years of racing tradition will “stop the nation” at Flemington Racecourse on November 7.

On that day no amount of flash, brash or riches could ever take away its glory.