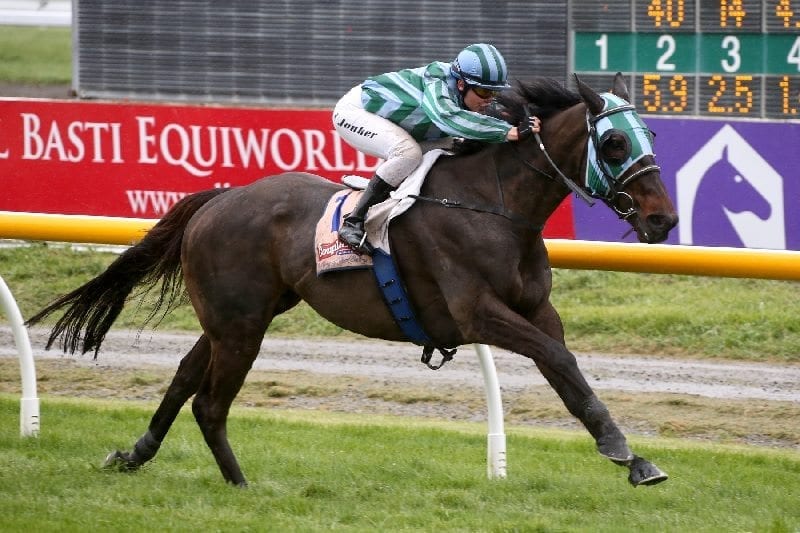 THE feature meetings cannot come soon enough for local trainers Kevin and Pam Hughes, who could potentially launch a large assault on the group races of the New Zealand Cup carnival.

The November fixture is the focus for several members of their stable and the Riccarton duo have good reasons to be bullish about their chances following their home meeting on Saturday.

Kevin Hughes said it was “all falling into place” for the stable.

“We’ve got a nice team and good staff, there’s a lot of hard work that goes into it.”

Maybe Miami has won his last two starts and will have one more run leading into the Group Two Coupland’s Bakeries Mile on November 15.

“He’s right on target and I think he’s going to be a threat,” Hughes said.

“I’m toying with the idea of a 1600m race at Ashburton, it can be a soft mile there and then into the Coupland’s.”

Son Of Zac’s Cup carnival target is a Rating 85 event over 2500m on the final day ahead of a trip north in January.

“I think the Wellington Cup will be a good race for him,” Hughes said. “He’s a good, young stayer but the New Zealand Cup is too soon for him.”

Stablemate Hot Fuss followed up her second in the Listed Canterbury Belle Stakes with a runner-up finish on Saturday behind the Group One New Zealand 2000 Guineas hope Age Of Fire.

“She hasn’t done anything wrong and she’s improving all the time,” Hughes said.

“She might go to Ashburton and then the 1000 Guineas. We’re looking at the Oaks with her as well, I think she’ll run a mile and half on her ear.”

Carnival has won twice from six attempts and Hughes is keen to raise the bar next month.

“She’s coming up really well and we’re looking at the Stewards.”