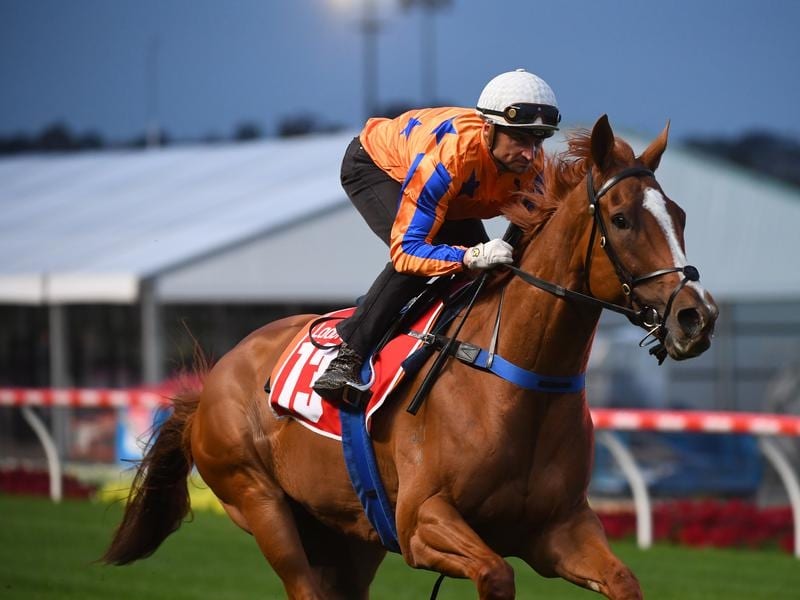 New Zealand star Te Akau Shark has broken through for his first Group One success.

At his fourth attempt, Te Akau Shark has claimed the Group One win that seemed inevitable in the BCD Sprint at Te Rapa.

Saturday’s 1400m-race was his lead-up to an Australian campaign targeting a Group One treble in Sydney.

Making his first race appearance since his third behind Lys Gracieux and Castelvecchio in the Cox Plate, Te Akau Shark looked to be in trouble as the $1.40 favourite.

A conservative six lengths adrift of The Mitigator with less than 300m to run, Te Akau Shark responded to Opie Bosson’s urgings to swoop on race leader The Mitigator and beat him by a comfortable two lengths.

“I’m so happy for him as the monkey is off his back now and there are plenty more Group Ones to come for him,” Bosson said.

“I hit a little bit of a flat spot turning in but once he changed legs, I thought wow, what a turn of foot and I had a heap of horse under me.

“It’s exciting as I didn’t knock him around and the improvement that will be in him will make him a horse to watch out for.

“He is right up there with the best I’ve ridden.”

Trainer Jamie Richards said he was not fazed when the gelding was so far from the leader with less than 600m to run.

“I didn’t really see the hustle and bustle,” Richards said.

“When they straightened and he changed legs and exploded I thought that was pretty good.

“He will go to Australia now and be competitive in whatever we run him in, so we’re really looking forward to it.”

He is now the winner of six of his 11 career starts and his other Group One performances include a close second to Kolding in the Epsom Handicap.