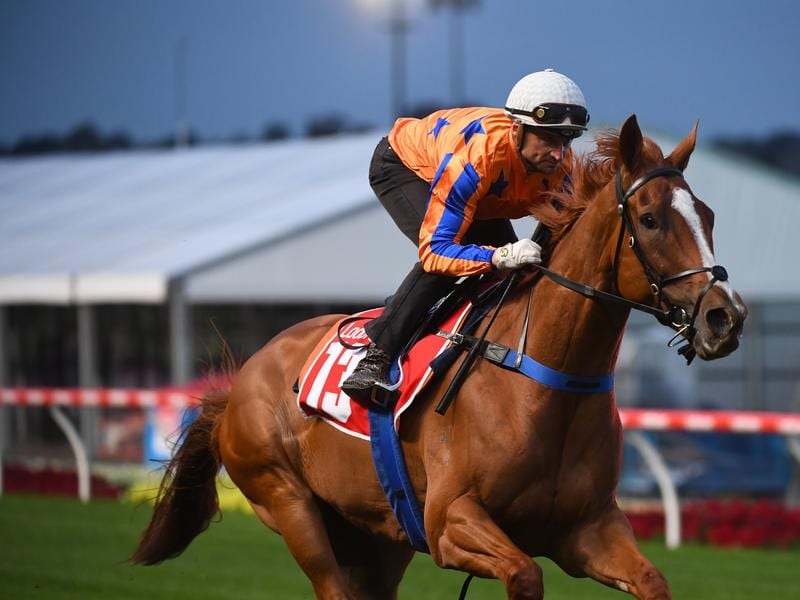 Te Akau Shark will chase a Group One win in New Zealand before heading to Australia.

The one thing missing from Te Akau Shark’s resume is a Group One win and the star New Zealander gets the chance to put that right at Te Rapa.

Placed in the Epsom Handicap and Cox Plate in the spring, Te Akau Shark runs in Saturday’s BCD Group Sprint (1400m) ahead of a return to Australia.

Te Akau Shark ran second to Catalyst in a trial at Matamata last month, before an impressive solo gallop between races at Ellerslie’s Karaka Million meeting.

Trainer Jamie Richards is confident he will be a Group One winner after Saturday.

“He has had a trial and a decent exhibition gallop and he is a naturally fit horse that should be ready to rock ‘n’ roll,” Richards told NZ Racing Desk.

“This is the first time that we have ever been able to give him a spring campaign and then bring him back for an autumn campaign.

“Each year before this he has sort of gone off a little bit and needed a good long spell, so I guess that is one query but we are very happy with him.

“The plan has been to kick him off here before we look at Sydney and it would be great if he could get that Group One for his CV before he headed over the Tasman.”

Te Akau Shark’s 10-time Group One-winning stablemate Melody Belle will have a solid hit-out in a 1050m-trial before the race meeting at Tauranga on Thursday.

“She took a while to come to hand in the spring, but I have had her well-ready this time,” Richards said.

“We’re not going over to run in the Futurity half-fit. She has been in work a while and has had a good exhibition gallop and she will have a good, solid trial at Tauranga tomorrow.

“We have got a bit of time up our sleeve when she gets over to Melbourne to possibly give her another jump-out or take her to Caulfield and give her a gallop before the Futurity on the 22nd.”

Melody Belle is also scheduled to run in the $5 million All-Star Mile at Caulfield on March 14.

Richards said another Australia-bound stablemate, three-year-old Probabeel, had come through her win in the Karaka Million 3YO Classic (1600m) in fine fettle.

“She had a week in the paddock after the Karaka Million,” he said.

“She flies to Sydney next week and will trial at Randwick on the 17th and then she runs in the Surround.”

Probabeel ran second to Funstar in the Flight Stakes in spring and will meet the Chris Waller-trained filly again in the Group One Surround (1400m) on February 29.