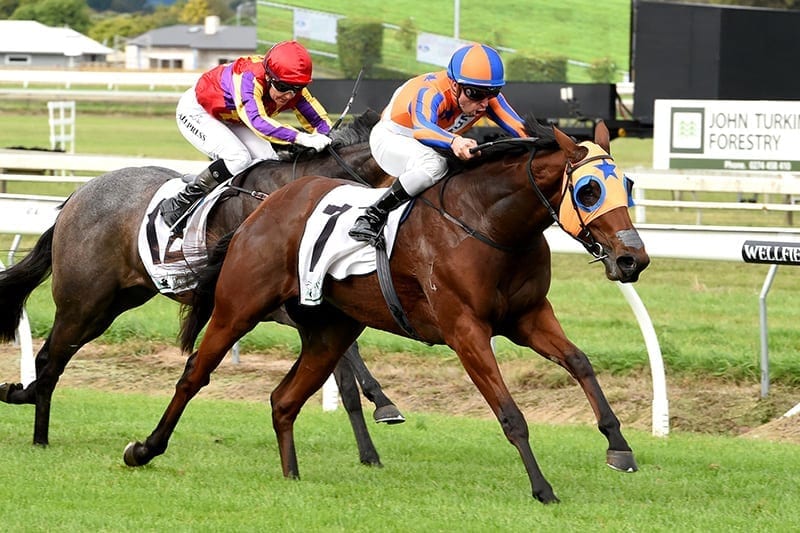 Jamie Richards used a trip to Taupo for a hit-out on Wednesday morning to put top mare Melody Belle on target for her Group Two return to racing at Te Rapa.

Melody Belle is being set for the Gr.2 Lisa Chittick Foxbridge Plate (1200m) on Saturday week and the Matamata trainer had to change lead-up plans after the postponement of the Te Teko trials, scheduled for last Tuesday.

Rather than risk waiting for the rescheduled Te Teko trials next Monday, Richards opted to put Melody Belle and five other horses, including Group One contenders Age Of Fire and Our Abbadean on a float to Taupo.

“It’s not ideal, but we’ve got to play the cards we’re dealt,” Richards said.

“The track was nice, probably a good slow rating, and they all had a good hit-out.

“Melody Belle worked with Age Of Fire over 1000m and quickened a bit to run the last 600 in 36 and a tick (seconds) and they were out against the outside fence.

“Melody Belle always works well and she finished a bit in front of Age Of Fire, but he’s a bit big and the trip and gallop will do him well.

“I’m happy with both of them and I’m looking forward to the Foxbridge Plate with Melody Belle.

“She will work on Saturday and Tuesday and that should have her ready for it. She will then go to the Tarzino Trophy at Hastings.”

She was put aside after a two-race Sydney autumn campaign this year, having left New Zealand with a last-start win in the Gr.3 Mongolian Khan Trophy (1200m) at Ellerslie, and she began her Foxbridge Plate preparation with a 900-metre trials win at Te Rapa last month.

He was put aside after an unsuccessful Sydney campaign and had a hit-out at the Te Rapa trials last month.

“He’s a big, strong entire and he’ll probably go back to Taupo for an open trial before the first race in a fortnight,” Richards said.

“The first start for him will be Ruakaka on September 1. We’ll wait and see how he comes through that before deciding the next move.

Our Abbadean, a last-start winner of the Gr.2 Travis Stakes (2000m) at Te Rapa last April, is on track for a return to racing in the Gr.1 Tarzino Trophy (1400m) at Hastings on September 1.

“She’ll either trial at Te Rapa on the 21st (August) or at Taupo the next day and that should top her off for the Tarzino,” Richards said. “She’s a little bit behind the others.”

Our Abbadean worked at Taupo with stablemate Gris Dame, a one-race winner who was third in last December’s Gr.2 Eight Carat Classic (1600m) at Ellerslie.