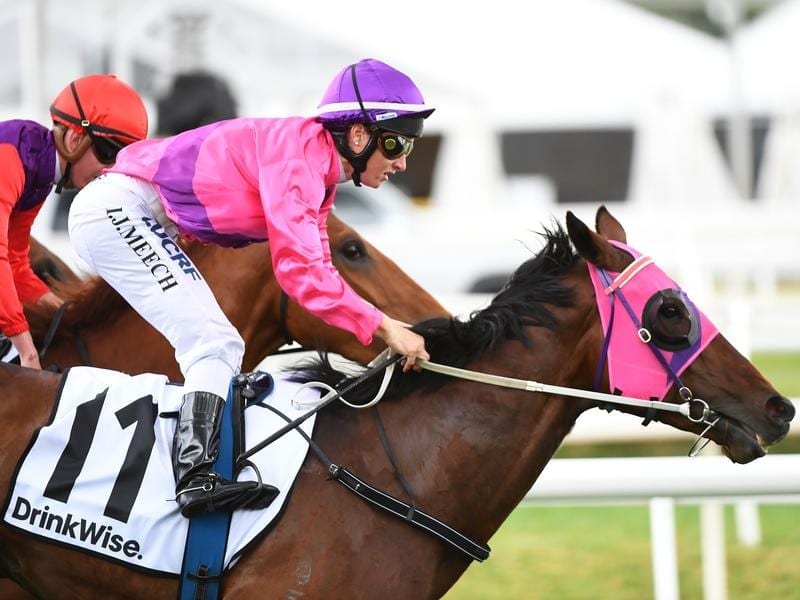 Syd’s Coin will be trying to end a frustrating spring on a winning note in the Sandown Guineas.

Trainer Ken Keys rates the Sandown Guineas as the perfect consolation for Syd’s Coin after a spring of disappointment.

Keys had hopes of starting Syd’s Coin in the Caulfield Guineas but following a slow start to the campaign decided on a change of direction.

Syd’s Coin won a restricted three-year-old race during the Caulfield carnival and Keys targeted the Carbine Club Stakes on the opening day of the Flemington carnival.

That race didn’t pan out as expected with Keys hoping for better luck in Saturday’s Group Two race.

Keys would like to see Syd’s Coin’s name added to that honour roll.

“He’s a horse that we rate a bit but he’s still learning the trade of racing,” Keys said.

“He’ll go to the paddock after this. Hopefully he’ll mature a bit more and we’ll see what happens in the autumn.”

Syd’s Coin finished 11th of the 14 runners under Linda Meech, who has the ride on Saturday, behind Ranier in the Carbine Club and Keys said it was a better run than it appears.

“The other day we didn’t get a good trip,” he said.

“Linda planned on following the eventual winner and got behind him, but when she dropped her hands, he stopped and lost three or four lengths.

“She then dug him up and he got over-racing, then the pace came out of the race, so it was pretty much a nothing run.

“If you look at any of his runs he’s always very strong on the line which is all relevant to the run he has in transit.”

Syd’s Coin has had specking in betting, firming from $41 into $31, in which the Darren Weir-trained last start Flemington winner Ringerdingding is the $3 favourite over Group One-winning filly Seabrook at $3.50.

“Looking at the race I think he’s a better chance than what his odds suggest,” Keys said.

“I don’t think he was beaten far enough the way the race was run last start to be written off.”