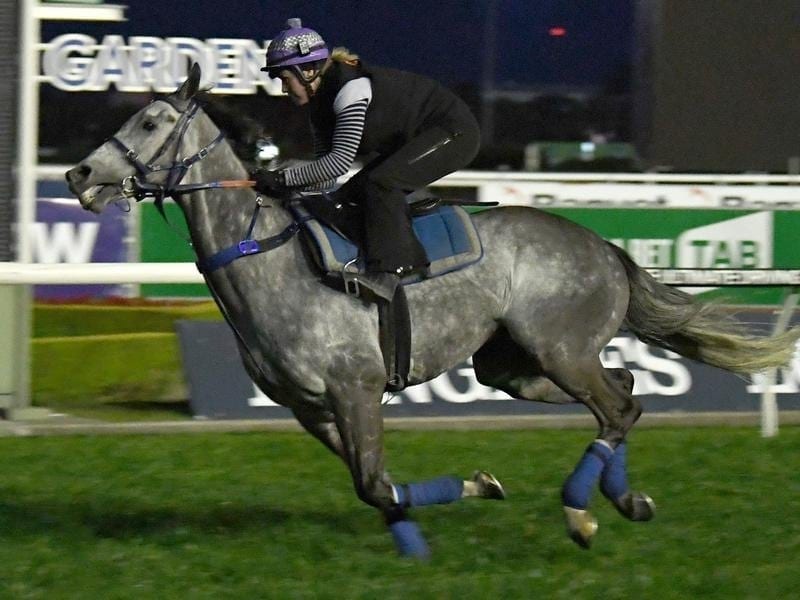 Chautauqua will head to Sydney for another trial after passing his first test at Flemington.

Champion sprinter Chautauqua has come through his jump-out at Flemington in great order as he prepares to head back to Sydney for another all-important trial.

Chautauqua needs to pass two consecutive barrier tests to be reinstated to race and got the first one out of the way when he successfully left the gates with the field in Friday’s jump-out at Flemington.

The multiple Group One winner is now scheduled to travel back to Hawkes Racing’s Sydney base from its Melbourne stable this week to continue preparations towards an official barrier trial the following week.

Should he pass that test and be reinstated, the Missile Stakes on August 4 is pencilled in for his return with a view to heading to The Everest in October.

Chautauqua needs to trial twice to the satisfaction of stewards after failing to leave the gates four times in barrier trials earlier this year, forcing connections to abort an autumn preparation.

And while it was a relief for them to see Chautauqua jump away in Friday’s jump-out, the gelding also provided plenty of encouragement for the spring with the manner in which he finished off.

After settling back in the field, the rising eight-year-old picked his rivals off one by one with his customary turn of foot at the end of his hit-out.

That aspect of the performance was never in question for Hawkes.

“I knew he would do that if he jumped,” Hawkes said.

Chautauqua finished fourth in the inaugural Everest at Randwick last year having won three consecutive Group One TJ Smith Stakes from 2015 to 2017 over the Randwick 1200m.

One of Chautauqua’s part-owners, Greg Ingham’s G P I Racing, has an Everest slot which the sprinter will take up if things to go to plan.

“We’ve got to get over that trial at Rosehill on the 23rd and then after that The Missile Stakes and then one more run and then into The Everest.”

Legh was relieved after the Flemington jump-out.

“He’s just one of those excitement horses that racing needs,” he said.