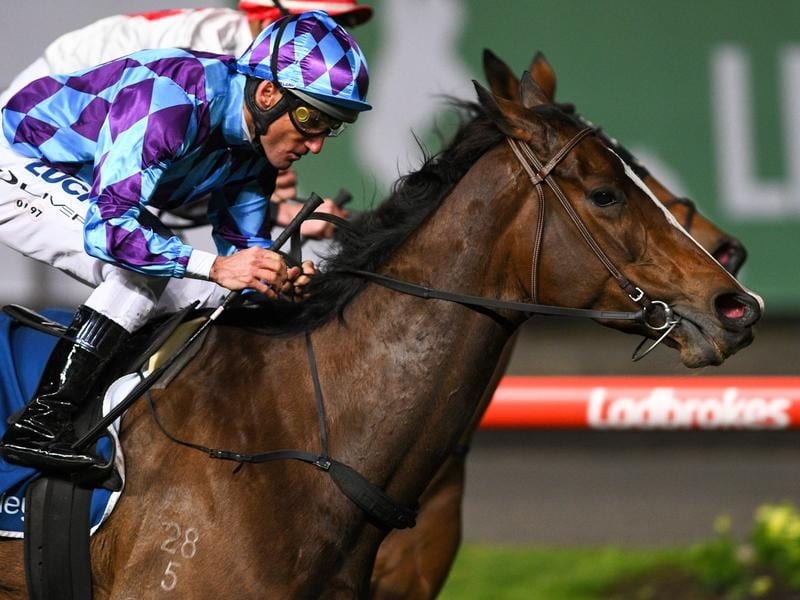 Victorian trainer David Brideoake remains hopeful he can get Group One-winning mare Princess Jenni to Sydney despite new protocols regarding the movement of participants.

Brideoake has Princess Jenni nominated for Saturday’s Group Two Emancipation (1600m) for fillies and mares at Rosehill as well as the Listed Golden Mile (1600m) at Bendigo.

On Tuesday, Brideoake was working out the logistics surrounding cross-border movement of people and horses to comply with coronavirus conditions.

Because of the coronavirus situation, Racing NSW has ruled interstate jockeys and personnel, including trainers and stablehands, who were not already in the state by Monday afternoon are not allowed to enter NSW racecourses until further notice.

Last year’s Australasian Oaks winner, Princess Jenni finished fifth in the Sunline Stakes at The Valley in Melbourne last Friday night in the second start of her current campaign.

“She raced at The Valley last Friday night and she pulled fairly hard and she just didn’t really have much go her way,” Brideoake said.

“So we were quite keen to take an option of a week back-up and then the idea is to stay up in Sydney for a couple of weeks if, fingers crossed, we’re still rolling and run her in the Group One mares’ race (Coolmore Legacy Stakes).

“As long as everything still goes as we expect and she can still travel, then that’s the plan.”

Princess Jenni finished third in the Listed March Stakes (1400m) at Flemington before the Sunline Stakes and Brideoake believes she can go well if her can get her to Sydney.