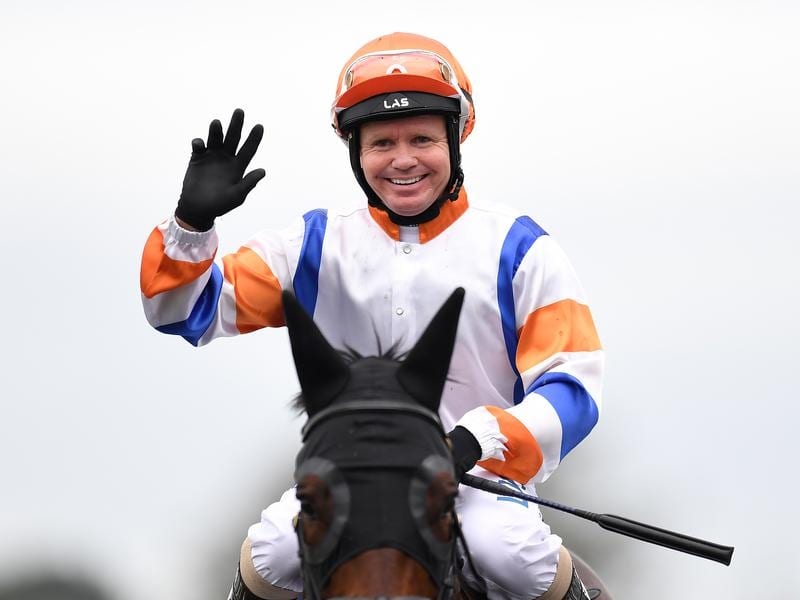 Jockey Barend Vorster will have surgery on a broken collarbone suffered in a fall at The Valley.

Jockey Barend Vorster will undergo surgery to repair a fractured collarbone suffered in a fall in the Australia Stakes at The Valley.

Vorster broke his collarbone when Manuel crashed to the ground in the home straight in last Friday night’s Group Two race at The Valley.

Last year’s Group One C F Orr winner, the Tony and Calvin McEvoy-trained Manuel was euthanised after breaking a shoulder in the fall.

On the advice of Racing Victoria doctor Gary Zimmerman, Vorster will undergo surgery to repair his fracture.

“It’s right in the middle of the collarbone and there’s a few fragments around,” Vorster said.

“It’s displaced a bit and the doctor said it’s 70-30 it will be OK without surgery, but it’s better if it’s put back together and it will come back better and stronger.”

Vorster says it it the third collarbone fracture he has suffered.

He said he would get a better idea of how long he will be sidelined following the surgery, but expects to be out for up to six weeks.

“Through my career I’ve had a few of these things come along, but the important thing is to stay positive and get yourself ready to come back,” Vorster said.

“The whole team at Tony’s place have been great and Racing Victoria has been unbelievable, doctors wise, organising ambulances, the service has been great.”

The South African rider took up a position as McEvoy’s South Australian stable rider in March last year and rode Sunlight to victory in the Newmarket Handicap shortly after his arrival.

Vorster will relocate to Ballarat in the middle of the year when McEvoy gets his new base up and running.

The McEvoy stable website has posted a tribute to one of its favourites, Manuel, who was named by owner Gary Lechte for the hapless waiter on Fawlty Towers.