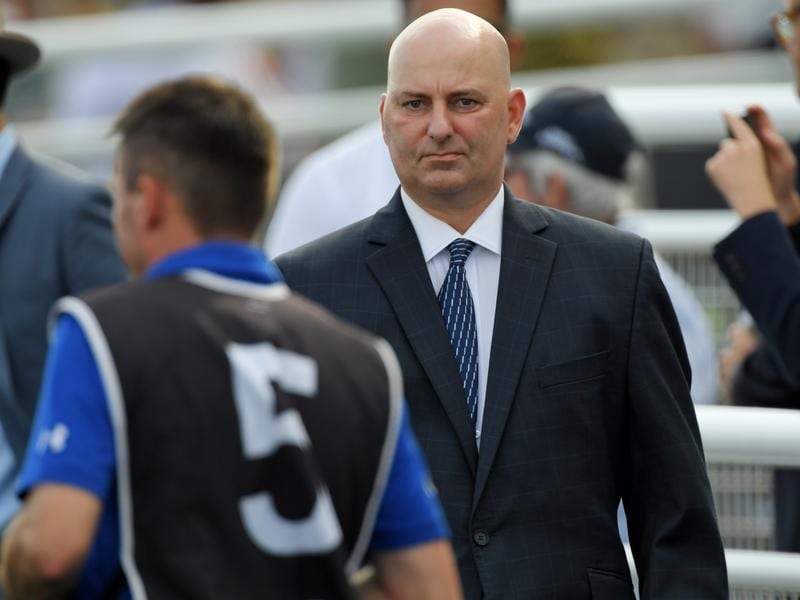 Trainer John Thompson believes he has a promising colt as Supremo prepares for his racing debut.

Supremo will be giving away race experience to his rivals, but trainer John Thompson says the well-bred two-year-old has indicated he is a quality colt as he prepares for his first test at the races.

By Written Tycoon out of 2005 Australian Oaks winner Dizelle, Supremo is entered to make his debut in Saturday’s Darley 2YO Handicap (1100m) at Rosehill.

Thompson scratched Supremo from a race at Canterbury on Wednesday on a heavy track, preferring to wait for Saturday although Rosehill is also currently rated heavy.

Supremo has won two of his three barrier trials, while in his most recent of two trials this preparation he finished third over 742m at Randwick earlier this month.

“He looks like he is a quality colt,” Thompson said.

“Everything he has done up to date has been top-class.

Supremo is the only unraced horse in Saturday’s field of 11 and was at $15 on Wednesday with Anders the $3.50 favourite.

Trained by Ciaron Maher and David Eustace, Anders broke through for his first win at his fifth start with a 6-3/4-length victory in an 1100m maiden against his own age at Wyong on May 14.

That was the second start of the colt’s current campaign following a second to the promising Peltzer in a Kembla Grange maiden on April 28.

“Hopefully he will have taken away confidence from that win at Wyong,” Maher and Eustace’s Sydney stable representative Annabel Neasham said.

“We know he could be a very good horse if he can put it all together again.

“You’d just like to see him relax in the first part of the race and then he should be fighting out the finish.”