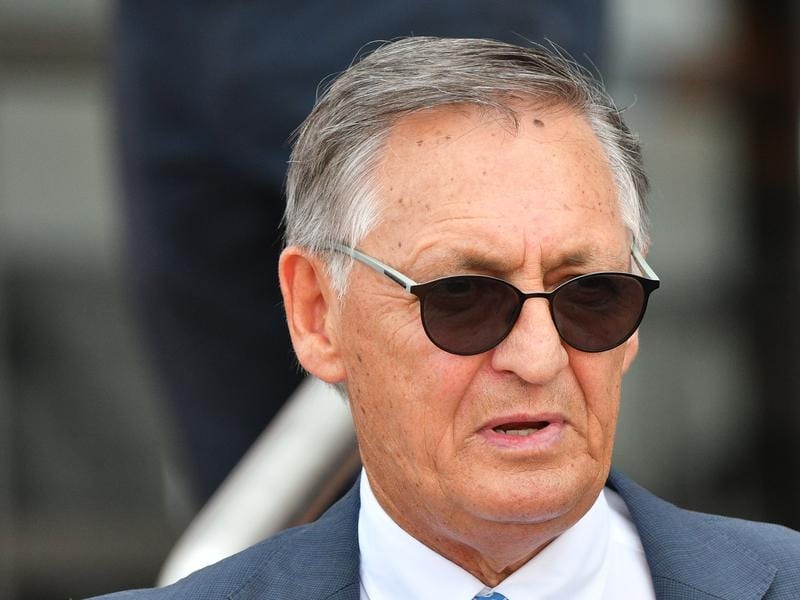 Trainer Peter Snowden has high hopes for imported sprinter/miler I Am Superman at Randwick.

There is no shortage of European stayers to have made their mark in Australia but imported sprinter-milers are a rarer find.

It is a trend that appears to be changing with four horses who fit that bill – Yulong Prince, Cascadian, Imaging and I Am Superman – lining up in Saturday’s Liverpool City Cup (1300m) at Randwick.

While Yulong Prince and Cascadian have Australian spring campaigns behind them, Imaging is making his debut for Chris Waller after doing his early racing for champion trainer Dermot Weld, while I Am Superman lines up for just his second local start.

Formerly trained in Ireland by Michael O’Callaghan, I Am Superman travelled over to contest the Golden Eagle in the spring and has now found a home with Peter and Paul Snowden.

The horse raced aggressively in the Golden Eagle (1500m), making a mid-race move only to fade out of contention.

He makes his debut for his new trainers on Saturday and Peter Snowden has been pleasantly surprised by how well I Am Superman has adjusted.

“He’s a nice horse. His run here when he came over wasn’t that good but he beat himself more than the race beat him,” Snowden said.

“I thought watching that race he might be a bit of a handful and he was a bit fresh early but he appears to be quite good now.”

With his manners improving, I Am Superman will line up against eight rivals in what will be a litmus test to see how the four-year-old handles the class and the occasion.

His performance will also give a clearer indication of whether the Snowdens initial thoughts to follow a Doncaster Mile path are valid.

“We’re still learning about him but I’ve been really happy with what we’ve seen on the track and in his trials,” Snowden said.

“I think he has a bit too much brilliance to stay but they’re things we will explore with him as we go through his preparation.

“We had the Doncaster in mind, I don’t know if we’re aiming too high but each run will tell us more.”