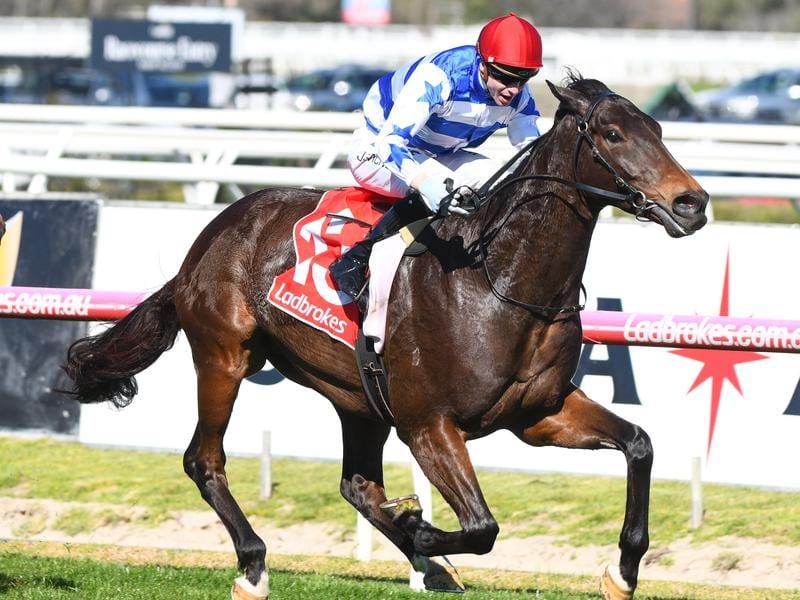 Trainer David Hayes is looking to send Super Titus to the Herbert Power Stakes via the Underwood.

After racing too keenly in the Naturalism Stakes, Super Titus will return to Caulfield to race on an eight-day back-up in the Group One Underwood Stakes.

Super Titus was an impressive winner of the Listed Heatherlie Handicap over 1700m at Caulfield two starts ago and then went to last Saturday’s Naturalism (2000m) as the $3.60 favourite but finished eighth after over-racing in behind the leaders throughout.

The Naturalism was a chance for Super Titus to secure a Caulfield Cup ballot exemption if he won but champion trainer David Hayes is now looking to send the gelding to the Herbert Power Stakes (2400m) on October 12 via Sunday’s Underwood over 1800m.

“He over-raced last start and I thought backing him up over 1800 metres with a faster tempo would be good,” Hayes said.

“It gives him two weeks until the Herbert Power and I want him to race a little bit kinder.

“He needs another run so I thought I would give him a quick back-up and it wouldn’t surprise me if he jumped out of the ground.

The weight-for-age Underwood has attracted a field of 13 headlined by last year’s winner Homesman, who was the $2.80 favourite on Wednesday despite drawing the widest barrier.

Homesman made an impressive start to his spring preparation, winning the Group Two Feehan Stakes (1600m) at The Valley on September 7.

Super Titus, to be ridden by Jye McNeil, is at $26 while dual Australian Cup winning stablemate Harlem is the outsider at $101, having finished last in his two starts this campaign.

But Hayes, who trains in partnership with his son Ben and nephew Tom Dabernig, expects a better showing from Harlem on Sunday at his third run back.

“Harlem is I think about to step up,” Hayes said.

“He pulls out one or two big runs every preparation. If it’s not this one it will be the next one.

“His trackwork has been excellent.

“He’ll run a lot better but will probably peak at his fourth start.”