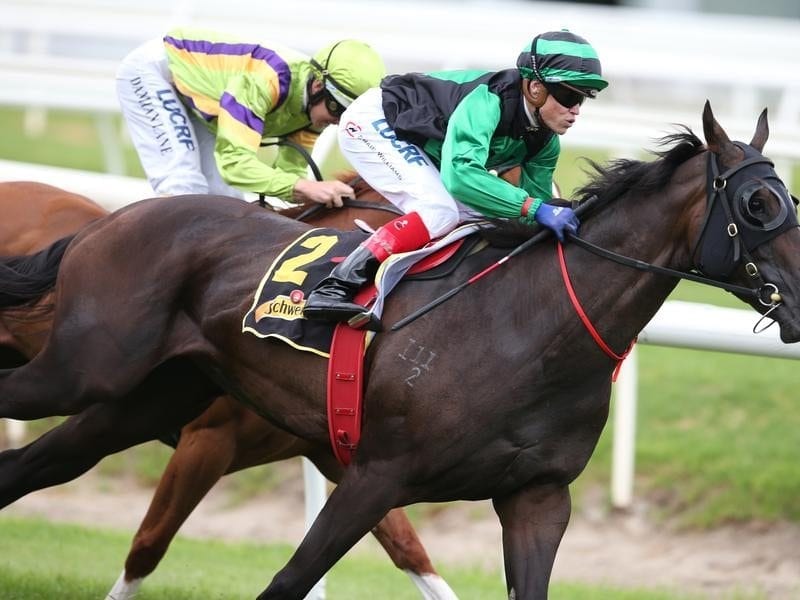 Dual Group Two winner Super Cash will get her chance at the highest level in the Robert Sangster.

Silent Sedition has pulled up lame from her unplaced run in the Coolmore Legacy at Randwick and Melbourne trainer Andrew Noblet will turn his Group One attention to her stablemate Super Cash.

The equal favourite in Saturday’s Coolmore Legacy (1600m), Group One winner Silent Sedition was found to be 2/5 lame in her off fore leg after finishing 10th, four lengths from the winner Alizee.

A dual winner of the Group Two Rubiton Stakes, Super Cash will get another chance at Group One level in the Robert Sangster Stakes (1200m) in Adelaide on May 5.

“I reckon she’s as good as we’ve had her for a long time,” Noblet said.

“She’s that well in herself. She came through her recent barrier trial at Cranbourne well.”

“She’s in great order and I’m looking forward to getting her over there to Adelaide.”

Super Cash was unplaced in last year’s Robert Sangster Stakes but went into the race having contested the Newmarket Handicap in between her Rubiton Stakes success and the Adelaide Group One race.

This year connections decided to target the Sangster without another start after the Rubiton in February.

Super Cash has won five of six when first-up, including Group Two wins in her past three fresh runs.

“Last year I ran her in the Newmarket and I’ve said all along it was probably not the best thing for her in hindsight.

“She went to Flemington, rock-hard track, (and was) scratchy after the race. We got to Adelaide and I was happy with her but she has been better in herself.

“Obviously we didn’t see the best of her that day.

“This year we never gave her another run and her fresh form is good.”

The five-year-old mare has won six and been placed five times from 20 starts but has been out of the first three five attempts at Group One level.