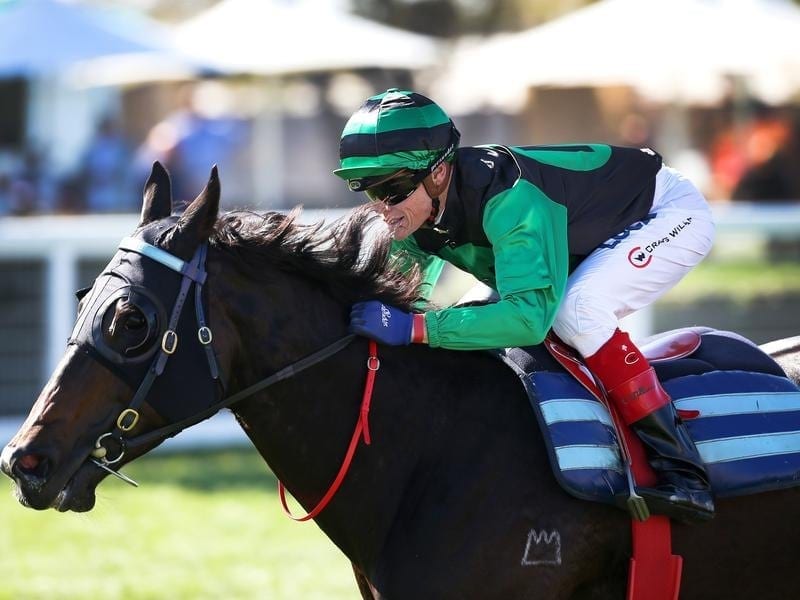 Super Cash will get another chance for an elusive Group One win in the Tatt’s Tiara at Doomben.

The final Australian Group One race of the season presents Melbourne mare Super Cash with her latest chance to break through at the elite level.

A triple Group Two winner, Super Cash has had eight starts in Group One races without winning but came close at her most recent outing when second in the $1.5 million Stradbroke Handicap at Doomben.

Super Cash was unplaced in the Robert Sangster Stakes in Adelaide first-up last month and ran fourth in the The Goodwood, before attention shifted to Queensland.

Trainer Andrew Noblet said the lure of a valuable Group One win for the mare was the reason for heading north.

“That was the aim of coming up here,” Noblet said.

“We thought the Sangster Stakes, going in fresh, was going to be her go but nothing much worked out in that race.

“Last start was the first time she has placed in a Group One, so we got that out of the way which was good for her record.

“If she can win one, it would just cap everything off nicely.”

Super Cash beat all but in-form Santa Ana Lane in the Stradbroke and Noblet believes a similar performance in Saturday’s Tattersall’s Tiara (1350m) at Doomben where she races against her own sex, would put the mare right in contention.

“It’s going to be a good race, no doubt about that, but I think if she runs anywhere near like she did the other day she’s going to be thereabouts,” Noblet said.

Noblet was at the Sunshine Coast on Tuesday morning to watch Super Cash have a hit-out in preparation for the Tiara and said the mare seemed in good order.

“She wasn’t asked to do a lot with only two weeks between runs. We’ve just kept her on the fresh side,” he said.

Jamie Kah has ridden Super Cash in the Goodwood and Stradbroke and retains the ride on Saturday.

“I think the horse is going to be better for having had a run around Doomben as well,” Noblet said.

Three-year-old Champagne Cuddles, third in the Stradbroke, was the $6 Tiara favourite on Tuesday ahead of Prompt Response ($7), Moss Trip ($8) and Super Cash ($9).