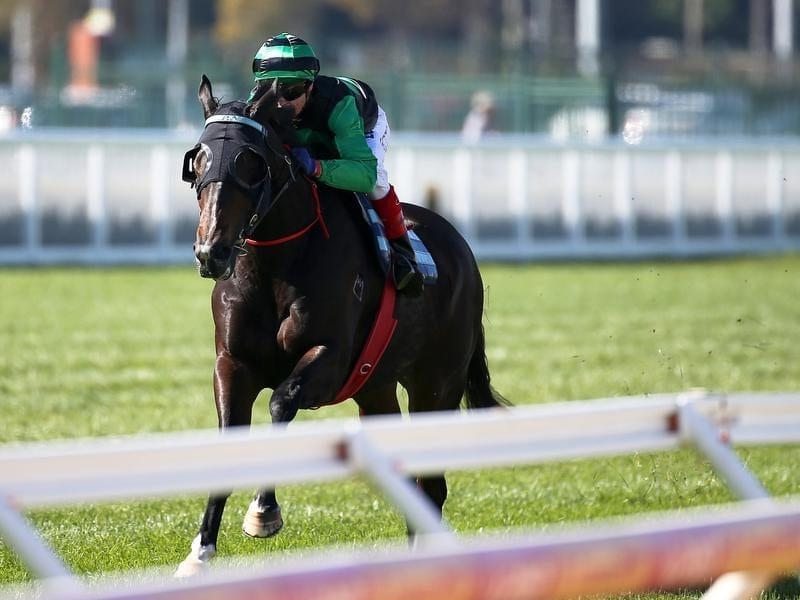 Super Cash will run in the Group One Goodwood after a luckless Robert Sangster Stakes performance.

Super Cash has remained in Adelaide since a luckless run in the Robert Sangster Stakes to prepare for another Group One race at Morphettville.

The Andrew Noblet-trained mare finished 11th behind Shoals in the Sangster on May 5 and will run in Saturday’s Goodwood.

Super Cash failed to get clear air in the Sangster and Noblet is treating the run as a barrier trial.

“She ended up in a horrible spot and it didn’t work out for her,” Noblet said.

“Her fresh form is her best but considering she had such a quiet run the other day and was never let out of whatever gear, she’ll run again.”

Super Cash has stayed with Leon Macdonald and Andrew Gluyas at Morphettville with the aim to keep her fresh for Saturday’s race.

“She won’t need to do too much,” Noblet said.

“She was ready to go the other week so the plan is to keep her fresh and ticking over until the Goodwood.”

If the mare comes through the Goodwood in good order she will then head to Brisbane for the Group One Tatt’s Tiara at Doomben on June 23.

“That will be it for this time and then it will be up to the owners as to how she spells and whether she races on,” Noblet said.

“At this stage the owners are keen to race on and she’s in as good order as we’ve had her for a long time.”

“I”ve had a bit of luck with Jamie in the past,” Noblet said.

Super Cash is a $15 chance in latest markets with last year’s winner Vega Magic the $2.50 favourite ahead of Santa Ana Lane, Secret Agenda and Viddora at $10.