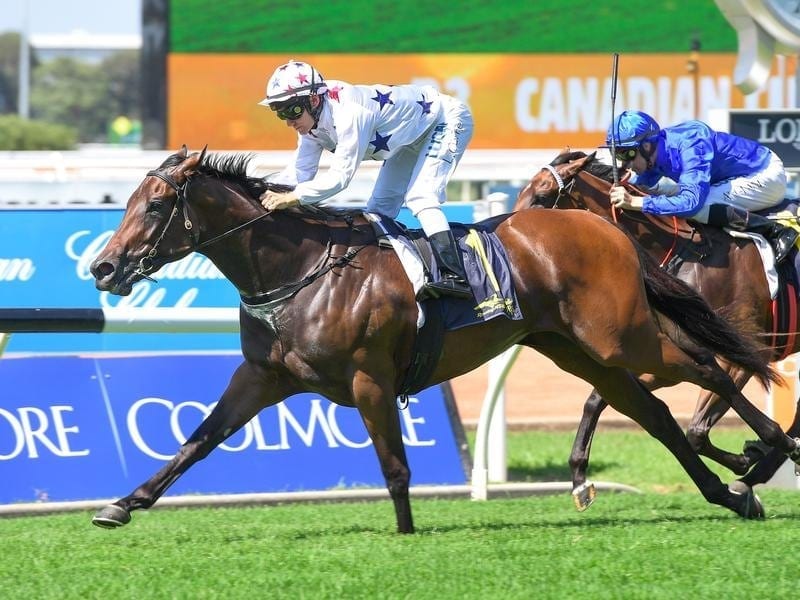 Top filly Sunlight has given her rivals a galloping lesson in a barrier trial at Morphettville.

Magic Millions-winning filly Sunlight has made a one-act affair of her first public appearance since the Sydney autumn carnival.

Unsighted since running third to Esitjaab in an all-fillies finish to the Golden Slipper, Sunlight was unextended to win a barrier trial at Morphettville on Thursday.

Trainer Tony McEvoy sent Sunlight out over 1000m in soft conditions and she easily accounted for city winner More Than Exceed.

Leading Adelaide jockey Jamie Kah had Sunlight travelling outside the leader and allowed her mount to take control on the turn before extending the advantage to 4-1/2 lengths.

She has won five of her seven starts and more than $2 million in stakes and could be given an end-of-season opportunity to advance that record.

McEvoy has earmarked the Listed Lightning Stakes at Morphettville on July 28 as Sunlight’s comeback run depending on her recovery from Thursday’s trial.

That could put her on a course to clash with emerging Victorian sprinter Nature Strip, a three-year-old with six wins from nine starts since stepping out for the first time in October.