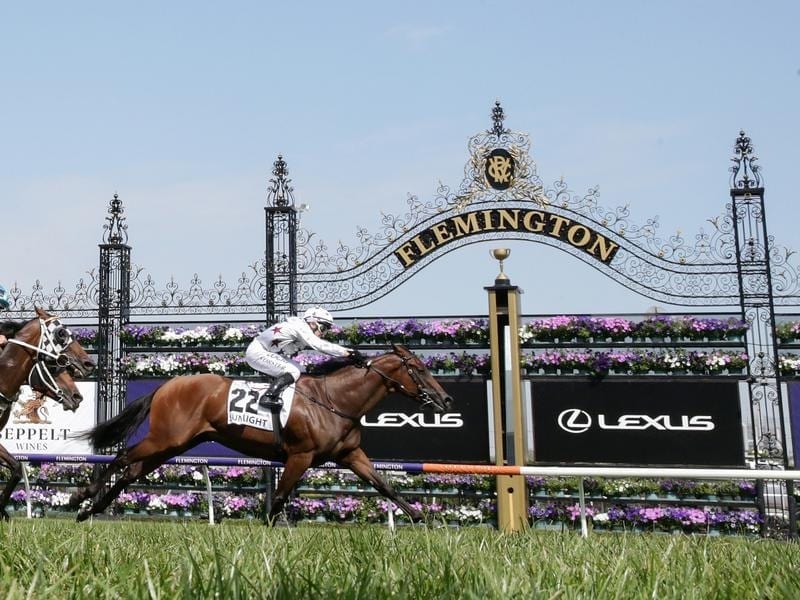 Newmarket Handicap winner Sunlight has firmed for the William Reid with the scratching of Shoals.

A bruised foot has forced the Anthony Freedman-trained Shoals out of the Group One William Reid Stakes at The Valley.

A three-time winner at the highest level, Shoals had been heavily supported from $4.20 into $3.10 ahead of her scratching from Friday night’s 1200m sprint.

Freedman had been confident of a forward showing from the mare who has an excellent second-up record and had drawn ideally in barrier five.

The trainer hopes to press on to the Randwick autumn carnival as the racing career of the mare begins to wind down ahead of her retirement to stud.

“Shoals has been scratched from Friday’s Group One William Reid Stakes due to a bruised foot,” Freedman Racing said on Twitter.

“Although missing the race, she remains on target for the Group One T J Smith at Randwick on April 6.”

The mare, who is owned by Pinecliff’s Jonathan Munz and Arrowfield Stud’s John Messara, could also head overseas.

Shoals and stablemate Santa Ana Lane have been nominated for the Chairman’s Sprint Prize in Hong Kong on April 28 while Royal Ascot in June has also been discussed.

“She hasn’t been inoculated but she’s still got time if the decision is made to go,” Freedman said.

The withdrawal of Shoals reduces the field to nine following the earlier scratching of Champagne Cuddles.

Newmarket Handicap winner Sunlight has moved into the red as the $1.70 favourite following Shoals’ withdrawal with Written By second pick at $7.

Sunlight’s trainer Tony McEvoy has no concerns about the filly performing under The Valley lights on Friday night.

The only time Sunlight has been unplaced in her 14 start career was when she finished seventh behind Brave Smash in the Manikato Stakes last October.

McEvoy blamed a poor start for the filly’s defeat that night and sees the outside draw as a positive.

“Usually she’s got great timing but as soon as she stepped slow she was out of the race,” McEvoy said.

“The big boys crunched her and that’s what happens if you miss the start in a Group One contest like that.”