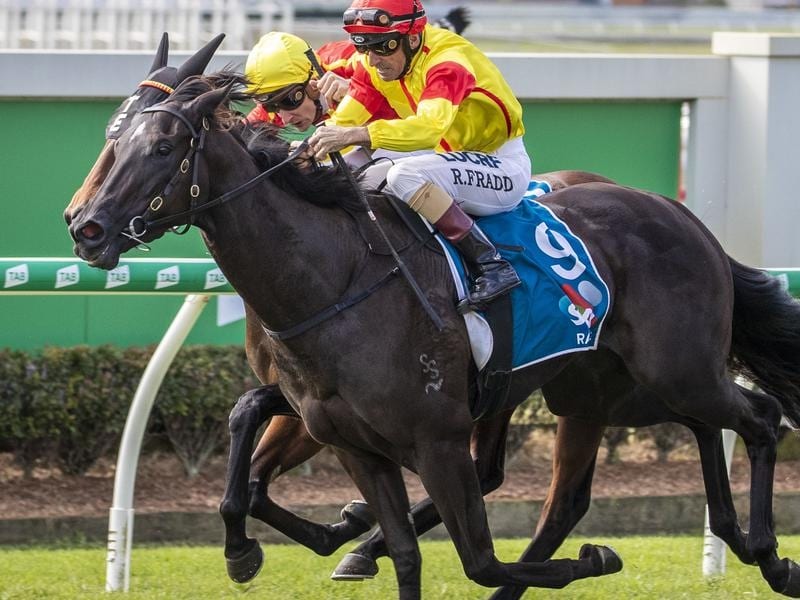 Sydney filly Pretty In Pink has history against her in a Group One Stradbroke Handicap bid.

Promising filly Pretty In Pink has a light weight in the Group One Stradbroke Handicap but in some ways she carries the biggest burden in the race.

It isn’t that Pretty In Pink doesn’t have the talent to win the race but she faces the biggest hoodoo in Queensland, if not Australian, racing.

Pretty In Pink held on to win the Moreton Cup (1200m) at Doomben last Saturday and therein lies where many see her problem.

The Moreton Cup was first run as the Katie’s Cup in 1979 and designed as a ballot-free major lead-up to the Stradbroke the next week.

Since then it has had a prize money boost to $200,000, been run at three different tracks and under five different names but one thing has remained consistent – no winner could complete the Cup-Stradbroke double.

In fact, the last Stradbroke winner to even start in the Cup was Sincero who ran 11th before his victory in 2009.

It isn’t as though the Moreton Cup has not attracted some top horses over the years with its winners including Schillachi, Hareeba, My Gold Hope and Recabite.

None of whom ran a place in the Stradbroke although Schillachi and Recabite were placed in it later in their careers.

The hoodoo has got such a reputation that of the past 10 winners five haven’t even raced in the Stradbroke.

Segenhoe spokesman Bill Mitchell said Pretty In Pink had run well in the spring and after missing the autumn O’Shea had targeted Brisbane.

“John knows what it takes to win a Stradbroke with a three year old filly so she will get her chance,” he said.

Pretty In Pink’s rider Robbie Dolan has a chance for his own bit of history as he is aiming to be the third apprentice in 50 years to win the race.