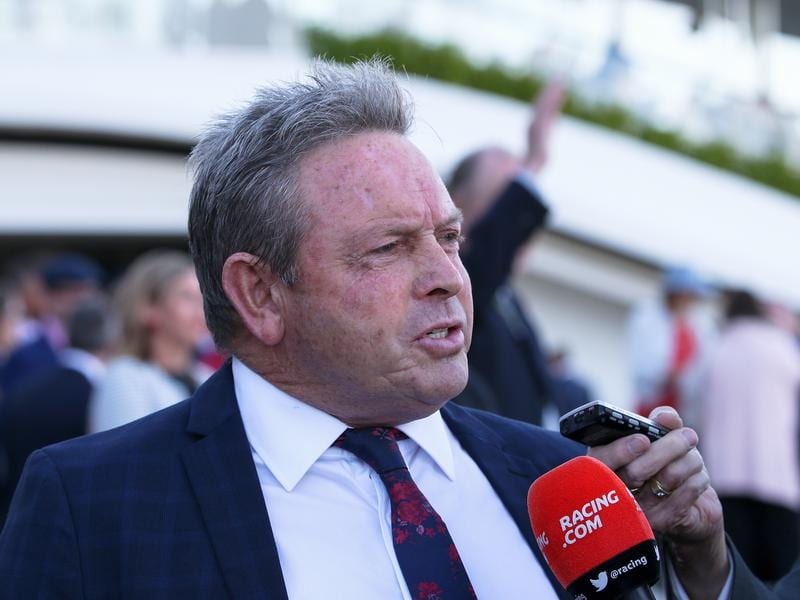 Jack Laing will need a bigger property if he is to train the majority of horses formerly in the care of his father Robbie.

The Racing Victoria Board last week did not approve Robbie Laing’s trainers’ licence because of financial difficulties he is currently facing, forcing him to transfer horses into his son’s name.

RV stewards ordered the scratching of horses accepted at the Cranbourne, Moonee Valley, Traralgon and Warrnambool meetings over the weekend as they were still at Robbie Laing’s Cranbourne stable.

Stewards were also unaware Jack had moved location and needed to inspect those stables before approving any transfers.

“A number of Robbie’s horses are still at his old address and being looked after, but not being worked,” Cram said.

“Jack’s got room for six where the stewards were today.”

Thorondor is an acceptor at Wednesday’s Sandown twilight meeting.

Alexander Rae and Kent have also nominated horses formerly trained by Laing at Pakenham on Saturday.

“It might be a bit of a drawn-out process,” Cram said.

A multiple Group One-winning trainer, 60-year-old Robbie Laing has blamed a loss of owners and cash flow issues for falling behind in rent payments on his stables, resulting in RV officials taking action.

His financial troubles surfaced over the Double RL Racing business he ran with his estranged wife Rachael.

He said all prize money was being directed to his former wife, leaving the trainer little to pay feed, farriers, staff and rent.