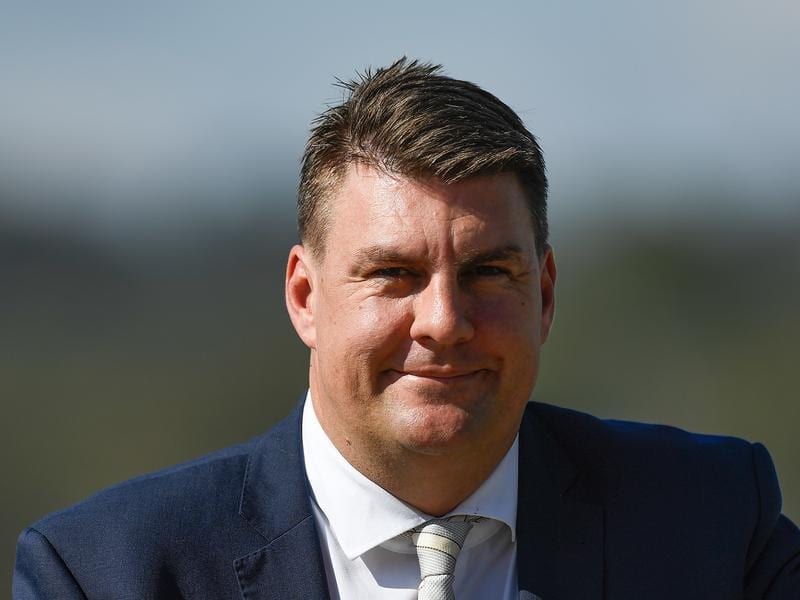 Chris Anderson expects Star Silk to continue to pay his way in Brisbane after winning at Doomben.

Anderson and Robert Heathcote recently dissolved their training partnership but it hasn’t stopped either training winners.

“Jason Warren trained them both in Victoria and told Brian they would struggle from now on down there and to send them to Brisbane,” Anderson said.

“He recommended me and I hope I can repay him.”

Anderson said Star Silk was typical of many horses racing in Victoria who later found their level in Queensland.

“Star Silk is no superstar but he is suited up here and he can win a couple more.”

Premier trainer Tony Gollan’s patience with filly Miss Too Fly ($8) proved the key when she won a maiden on debut.

Miss Too Fly was given the perfect run behind the pace by apprentice Baylee Nothdurft and gave Gollan his first winner for well known Brisbane owner Troy Harry.

“She took time to mature and we gave her four trials. The last two trials were good with a win and a second,” Gollan said.

“Not many horses win their first start but she has done it well.”

Wapiti ($1.35) ended the poor run of short-priced favourites in Brisbane during the past few weeks when he won a maiden.

The previous four favourites who started $1.40 or shorter were beaten.

Wapiti started $101 at his first start when he ran second to top three-year-old The Odyssey at Eagle Farm.

“I have a bit of an opinion of him and he can go on from here,” trainer Jack Duncan said.