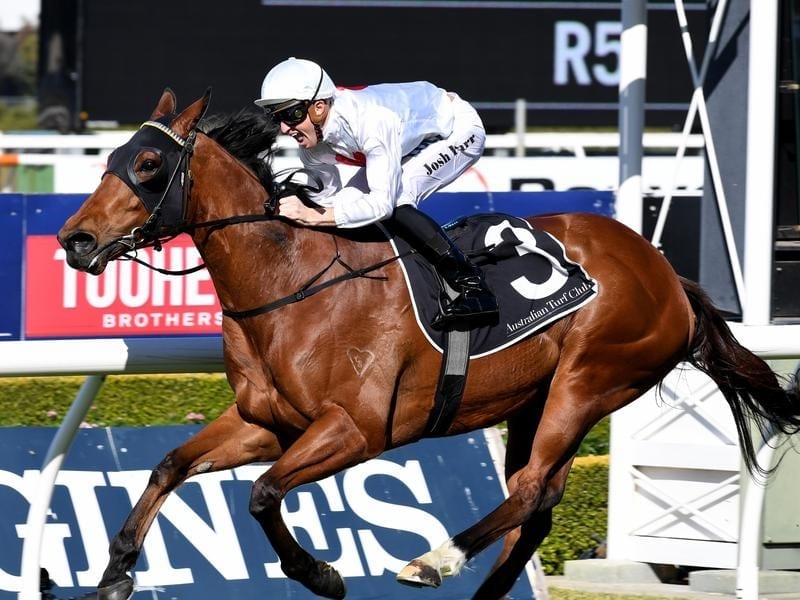 Group-winning sprinter Deploy is ready for his return at Scone after two pleasing barrier trials.

Two recent barrier trials have convinced Deploy’s trainer Gerald Ryan the Group-winning sprinter is ready to return to the races after a forgettable year.

The six-year-old was at his best in the spring of 2017, winning the Group Three Show County Quality and Group Two Theo Marks Stakes to earn a call-up to the inaugural Everest in which he was unplaced.

His Theo Marks time of 1:14.92 stood as a record for the Randwick 1300m until it was bettered in successive Canterbury Stakes by multiple Group One winners Happy Clapper and the Ryan-trained Trapeze Artist.

Deploy’s 2018 autumn was cut short when he was found to have bone bruising and bone chips and he had 10 months away from the track.

His summer campaign was short lived with Ryan unhappy with his form.

But after a trial win on April 12 followed by a third in another behind Zousain on April 26, Deploy is primed for the Listed Luskin Star Stakes (1300m) at the showpiece Scone meeting on Saturday.

“He’s terrific and his two trials have been good,” Ryan said.

“He was going terribly in the summer so we stopped and gave him a break.”

The gelding is raced by a group headed by John and Pam Cornish of Torryburn Stud and will be ridden by James Innes Jr who was aboard when Deploy ran second in the Listed Ortensia Stakes (1100m) two years ago.

“Pam has a long association with James and his family and it is her wish that James ride Deploy,” Ryan said.

“James does a lot of work with him at the stable and has ridden him in his trials so he deserves to ride him.”

Deploy is entered for Brisbane’s premier race, the Group One Stradbroke Handicap, but whether he reaches those heights remains to be seen.

“There are several races in Queensland that would suit,” Ryan said.

Deploy has been to Queensland previously, winning the Group Two Moreton Cup in 2017.

He is a Fastnet Rock son of the Cornishes’ mare Crimson Reign.

The two-day Scone carnival showcases the NSW breeding industry which is centred on the surrounding Hunter Valley studs.

The Scone Cup is the feature on Friday with Saturday’s program the main meeting in NSW with more than $1.2 million prize money on offer across eight races.