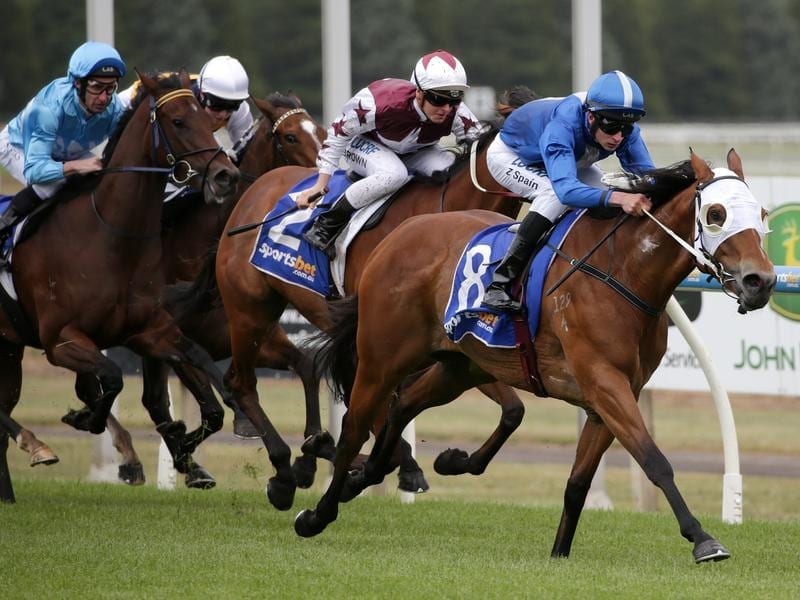 Nariko with Zac Spain aboard has clocked up the second metropolitan-class win of her preparation.

Apprentice Zac Spain has guided Nariko to the mare’s second metropolitan-class victory of her preparation, taking out the opening race on the Ballarat Cup day program.

Nariko ($6), trained by Spain’s boss Mick Price at Caulfield, sat three-wide near the pace in Saturday’s Hertz Ballarat Mares Benchmark-78 (1200m) before kicking away in the final 200m to win by 1-1/4 lengths.

Miss Wahoo ran home for second, a nose ahead of Freehearted, third.

The victory was Nariko’s third from seven starts this campaign, two of those at metropolitan level with Spain aboard.

“She jumped with them and I liked the way she settled without cover today.

“I wasn’t too fussed where I was because there was only one turn but she settled really well and she showed a good turn of foot.”