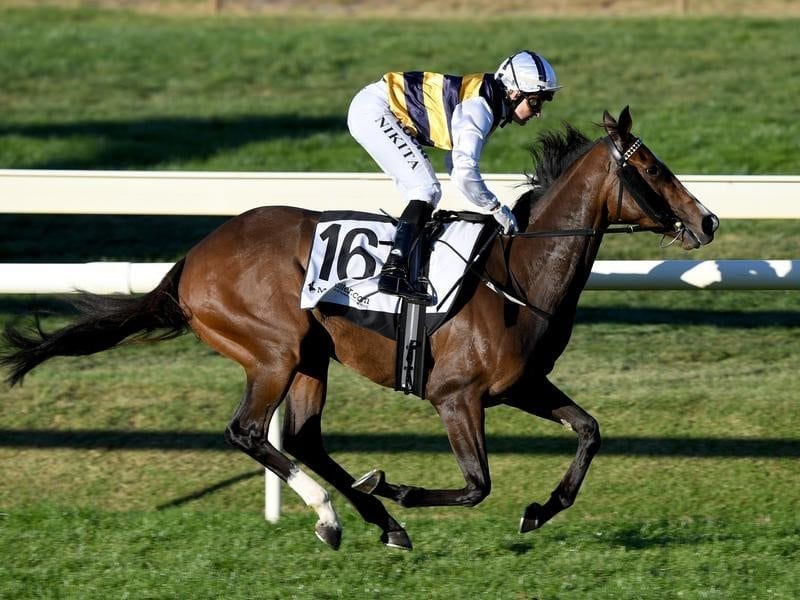 Archie Alexander is anxious to see if So Far Sokool has the capacity to surprise him again after her win in the Bendigo Guineas earned the filly a trip to the Sydney autumn carnival.

The Ballarat trainer believes she has earned her way to Randwick for the Group Three JHB Carr Stakes (1400m) after blitzing her opposition over the same distance at Bendigo.

Owned by Terry Henderson’s OTI Racing, a key supporter when Alexander established his stable in 2014, So Far Sokool won the Listed race at Bendigo on April 7 by four lengths.

“I told Terry three months ago that I think we’re in for a big prep with her, but she’s shocked me a little bit,” Alexander said.

So Far Sokool joined Alexander after three starts in New Zealand and although she had never run outside the top two, he made a key modification.

“The feedback we were getting from New Zealand was she needed to lead. We think it’s completely the opposite,” he said.

“We think she wants to relax, switch off and then she’s got a good sprint. Early on she was trying to run them into the ground and she over-raced.”

Her exploits at Bendigo has So Far Sokool the $4.40 TAB favourite on Friday and if she lives up to that billing, Queensland may beckon.

“She’s doing her job and she’s not done with yet. A Group win would be lovely,” he said.

“The Carr is a perfect race for her. She’s a funny filly because 1200 is a bit short and a mile is probably stretching her a little bit.”

Nikita Beriman saluted on So Far Sokool in Bendigo but Blake Shinn will be aboard at Randwick.

The Gerald Ryan-trained Problem Solver was the $5 second elect on Friday with Godolphin’s Manicure at $5.50.

Manicure will be ridden by Glyn Schofield who was receiving treatment on Friday after aggravating a back injury at the Warwick Farm barrier trials.