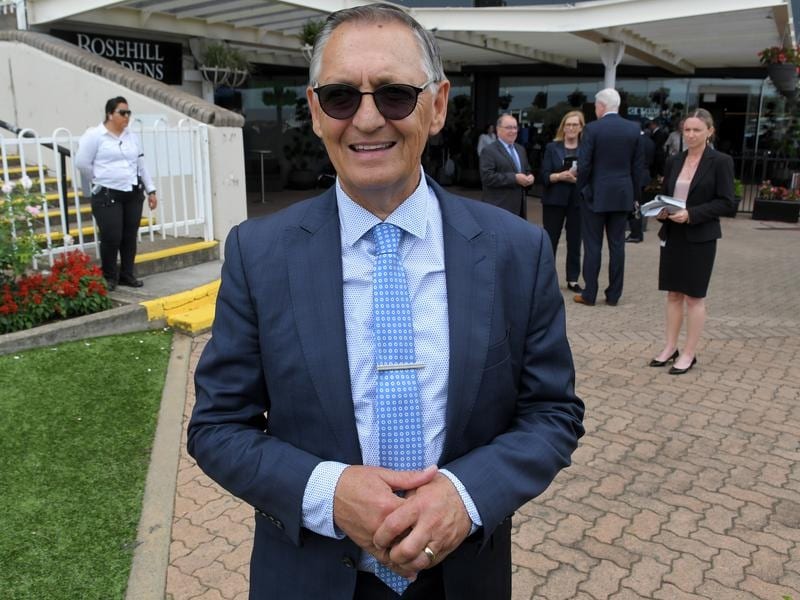 Trainer Peter Snowden is looking to the future and the Melbourne Cup with stayer Carif.

Trainers Peter and Paul Snowden are mapping a Sydney autumn carnival path with promising stayer Carif, but all roads lead to a different city in a different season.

The emerging talent is set to take his place in Saturday’s Group One Tancred Stakes (2400m) at Rosehill as the Snowdens seek to deepen his grounding for the Melbourne Cup.

“It’s essential for him. He made big steps in the spring, if he can do something in this race on Saturday, a Group One race, it would cement his place in the Cup,” Snowden said.

“Everything we do now is about the Cup for two reasons. One, to qualify and two to make sure he is good enough. We don’t want an also-ran. We want to make sure we have a legitimate chance in the race, which I think we have.”

Snowden also believes Carif is a genuine chance in the Tancred.

While the four-year-old is yet to prove himself at weight-for-age, the 2400 metres is getting close to his ideal range.

After putting the writing on the wall in the spring with successive Group Three placings at Flemington, Carif has returned with two promising campaign runs.

He was beaten less than six lengths first-up in the Chipping Norton Stakes over an unsuitable 1600m and was a closing last-start third on a heavy track to budding star Master Of Wine over 2000m.

“He’s getting up to his right trip, weight-for-age is the only thing. He’s probably not a weight-for-age horse but he’s heading the right way,” Snowden said.

“His very best form is at 2600 metres and beyond so 2400 on Saturday is getting close to his mark.

“He improved dramatically first-up to second-up and he has taken another good step so I expect him to run well in what is a pretty strong race.”

Nine horses will tackle the Tancred headed by defending titleholder Avilius and favourite Verry Elleegant who backs up from her second to English raider Addeybb in the Group One Ranvet Stakes.

The meeting is going ahead after fears Melbourne jockey Mark Zahra may have contracted COVID-19.

Zahra flew on a commercial flight on March 12 on which another passenger subsequently tested positive.

The jockey rode at Rosehill last Saturday after catching a charter flight from Melbourne with several other riders prompting a temporary shut down of racing.

Snowden says it is important for the industry to stay upbeat in the face of the coronavirus pandemic which has forced most other sports to shut down.

“This whole year has been weird. We’ve had drought, bushfires, floods. Now we’ve got this, a global virus that is killing people,” Snowden said.