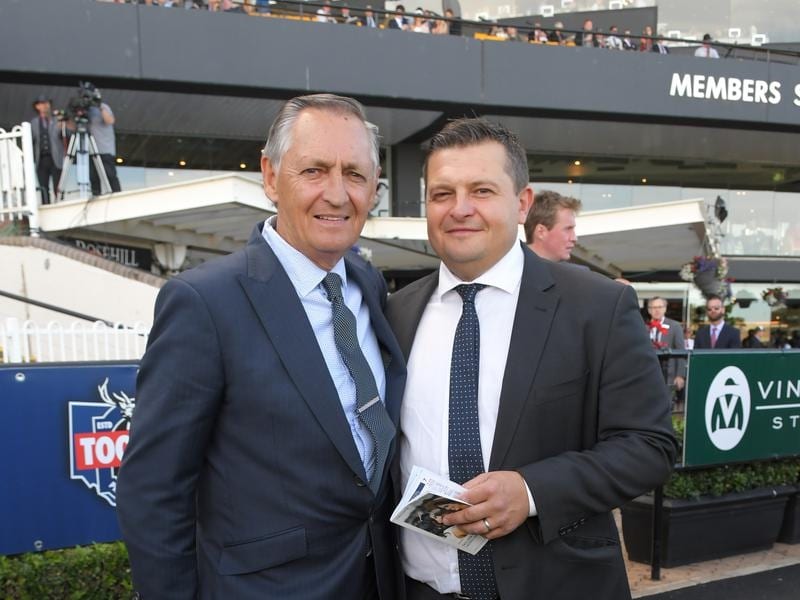 Trainers Peter (l) and Paul Snowden have recorded another 2yo winner with Fresh at Geelong.

The Snowden Racing stable has produced its latest juvenile winner this season with filly Fresh racing to a soft victory on debut at Geelong.

Fresh stepped out against a small field in Thursday’s 1125m-maiden for two-year-old fillies and after sitting outside the leader the $1.90 favourite drew away in the straight to win by three lengths.

Jockey Jye McNeil was impressed with the performance and said he believed Fresh would improve from the experience.

“She gave me a pretty nice feel and I don’t think they can do it much easier on debut,” McNeil told broadcaster Racing.com.

“She’s very well-educated and just handled the occasion so well, so moving forward that’s going to be a great asset for her.

“She seems a nice filly.”

Co-trainers Peter and Paul Snowden have already unveiled a number of smart two-year-olds this season.

They include recent Group Three Bruce McLachlan Stakes winner King’s Legacy, dual winner Aim who is the Magic Millions Classic favourite, and Golden Gift winner Dame Giselle who is at the head of markets for both the Blue Diamond and Golden Slipper.