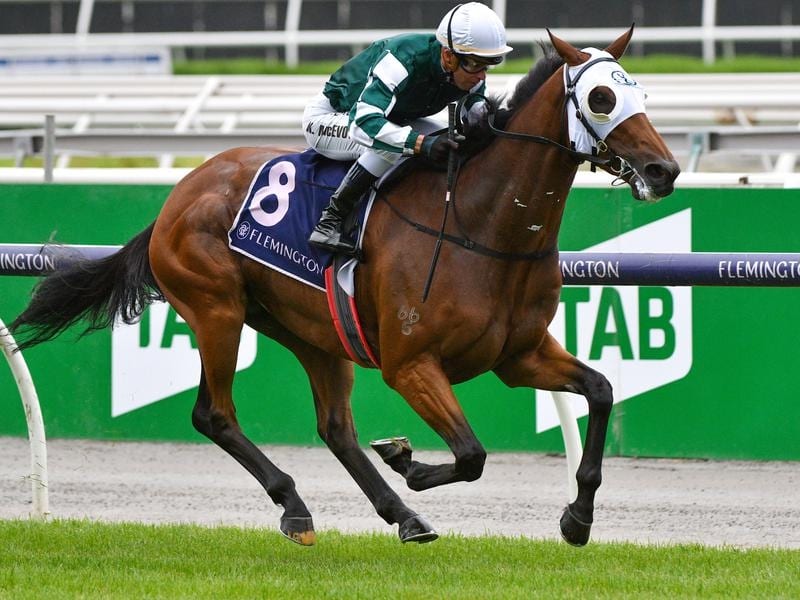 Trainer Peter Snowden will adopt a patient approach with Mount Tabora, a winner at Flemington.

Co-trainer Peter Snowden will not be rushing Mount Tabora back to Sydney to run on wet ground despite his all-the-way victory at Flemington.

Snowden says the US-bred import will relish a wet track after his victory in The Glorious Goodwood Handicap on Saturday.

Run in drizzle, Mount Tabora under Kerrin McEvoy raced to a one-length victory from Exasperate with Sunday Pray a short-half-head away third.

“He’s an import that has only just started to come right, but in the last month he has started to turn his form around and the staff down here have done a great job,” Snowden said.

“I think he’ll improve out of sight next time and I really think he could be a good wet track horse.

“Maybe we could give him a bit of a break now and bring him back for the winter and there might be some good races for him.

“The good races in Sydney, he’s probably a preparation away from them, so we’ll let him work through his grades a bit more and in another preparation he might be there comfortably.”

Snowden expects Mount Tabora to eventually stretch out to 2000m after Saturday’s victory over 1600m.

“Most of the Scat Daddy breed are sprinters, but you train them as you find them,” Snowden said.

“He’s a great doer in the stable and could stretch out further in trip.”