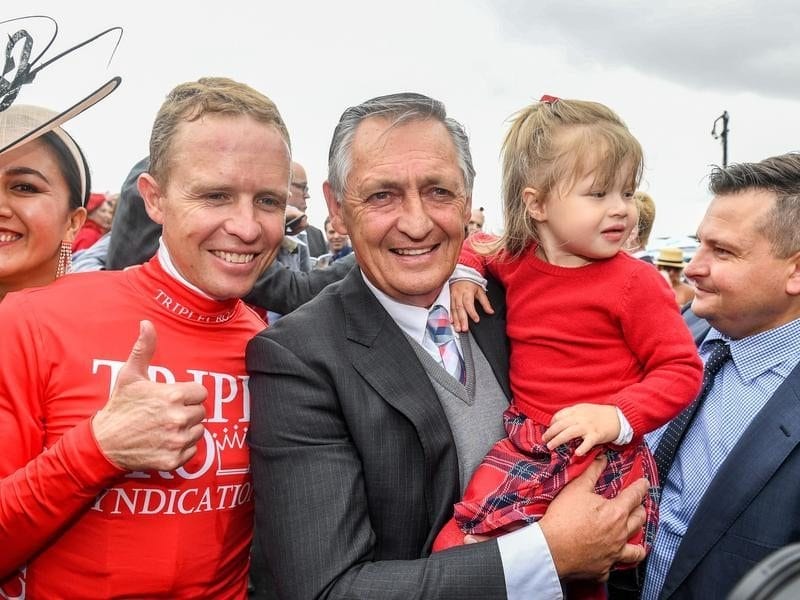 The Snowden training business is much more than just father Peter and son Paul.

Peter Snowden left Sheikh Mohammed’s Darley Australia organisation in 2014 to go into business as a public trainer with Paul expecting to operate a small stable.

It is now among the biggest in Sydney.

In the jubilation after they produced Redzel to win the $10 million Everest, Peter Snowden let his son take centre stage with granddaughter Demi needing his attention.

Overwhelmed by the crowds, the toddler needed her Pop, and he gave her priority.

“It’s a thrill to win the race,” Snowden said.

“Our first Golden Slipper was exceptional. I didn’t think I’d ever get that feeling again but today is well past it.

“But my most important role is grandad.”

The official crowd at 5pm at Randwick was 33,512, the biggest this century with more coming through the gates to see Jason Derulo perform after the last race.