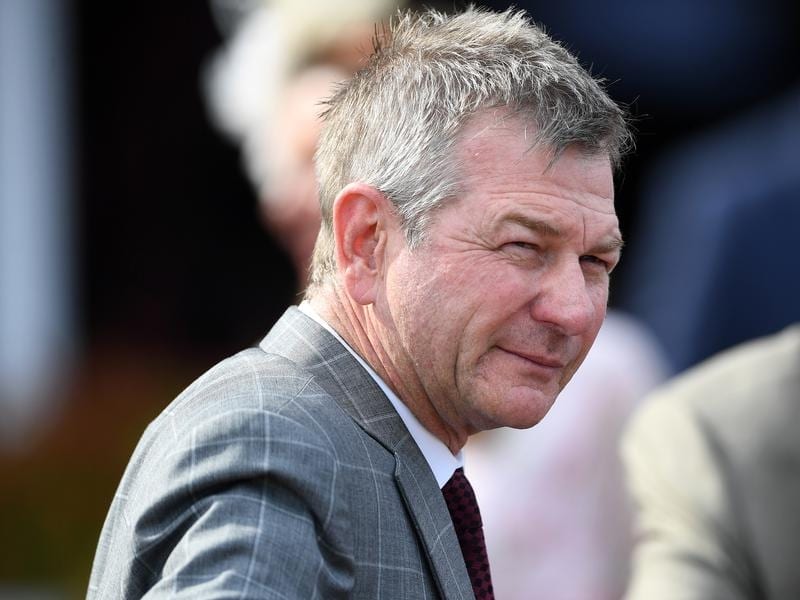 Trainer Kris Lees is likely to be represented by Sixties Groove in the Lord Mayor’s Cup at Rosehill.

Sixties Groove’s second start for Kris Lees is likely to be in the Listed Lord Mayor’s Cup at Rosehill with the trainer resigned to him missing the field for the Group One Doomben Cup.

Lees will accept with Gem Song, Big Duke, Hallelujah Boy and Sixties Groove at Doomben but Sydney’s 2000m-race is the likely race for the latter.

“The ground looks as though it will be softer in Brisbane, which will suit Big Duke,” Lees said.

“I’ll accept with Sixties Groove in the Cup and also the Lord Mayor’s Cup at Rosehill on Saturday.

“He’ll stay here for Rosehill if he doesn’t get into the Cup field.”

The Doomben Cup has a field capacity of 16 plus five emergencies.

Sixties Groove raced in England for trainer Jeremy Noseda before being bought by Australian Bloodstock.

He was trained by Darren Weir to win the Moe Cup but with Weir now disqualified he is with Lees at Newcastle and has had one start for his new stable for a third in the Hawkesbury Cup won by Archedemus, one of the leading Doomben Cup contenders.

Stablemate Aliferous, fourth in the Australian Oaks, will also be accepted in both states with the filly to be declared for the Group Two Doomben Roses (2000m) and an 1800m-benchmark race at Rosehill.

“We’ll have a look at both fields tomorrow and then make a decision which way to head,” he said.

“We will have several runners in the race,” he said.

“It is a good meeting with strong nominations and we will be well represetned across the program.”