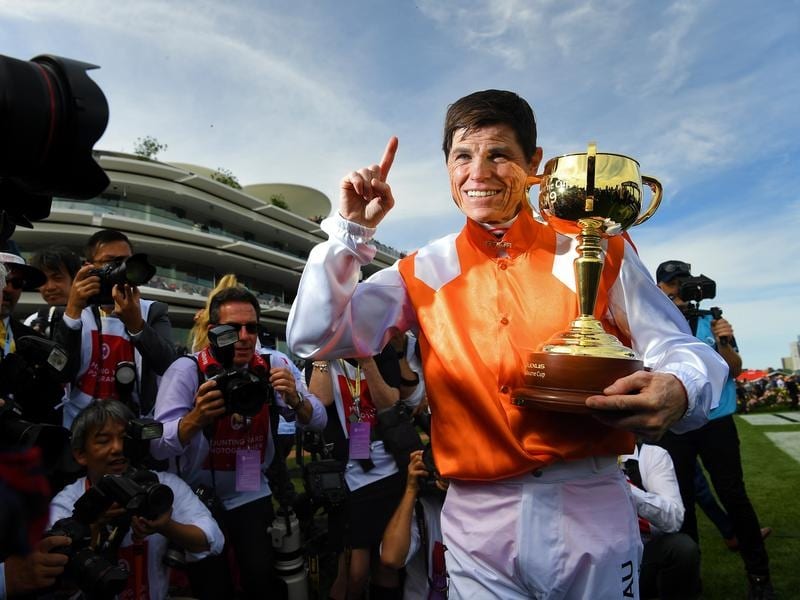 Craig Williams has added the Singapore Gold Cup on Mr Clint to his Melbourne Cup win.

Melbourne Cup winning-jockey Craig Williams has continued his run of Group One success with victory aboard the Lee Freedman-trained Mr Clint in the Singapore Gold Cup.

The victory was a second for Williams who claimed the race in 2016 on the Stephen Gray-trained Bahana.

“Lee approached me for the ride in the Gold Cup. Lee was very confident he would run well even if his last run was so-so,” Williams said.

“I have to say that I also took a lot of confidence from my first win on Bahana in the Gold Cup. Stephen Gray has become a very good friend of mine since, he and his owners are great people.

“I now have two wins from three rides in the Gold Cup.

“It’s quite something to come back and win the Gold Cup again, the same week I won the Melbourne Cup (Vow and Declare).”

It was a first Singapore Gold Cup win for Freedman who said a masterful ride from a world-class jockey like Williams made all the difference.

“It’s been a good week, I was at the Melbourne Cup and saw Craig win and he’s now won the Gold Cup for me here. It’s most incredible,” he told the Singapore Turf Club.

“Craig is an amazingly good jockey. He rode the perfect race. The way he is going, he could win the Arc de Triomphe!

“We go back a long way and I actually gave him his first Group One win in the Australasian Oaks with Grand Echezeaux.

“I always knew Mr Clint was a good horse. He had a good prep all the way through, and if he gets a soft run and can come out wide, I was confident he could win.”

Williams said the race worked out as he had hoped.

“The race panned out as planned,” he said.

“I got a nice spot in midfield on the outside and I just let him roll forward from the back, he just outstayed them in the end.

“I’d like to thank Lee for the fantastic opportunity. His confidence convinced me to fly over and I owe it to him as he gave me many big-race winners in the past, but most significantly, my first Group One winner.

“A big thank you to the owners (Oscar Racing Stable) for flying me up as it’s expensive.”