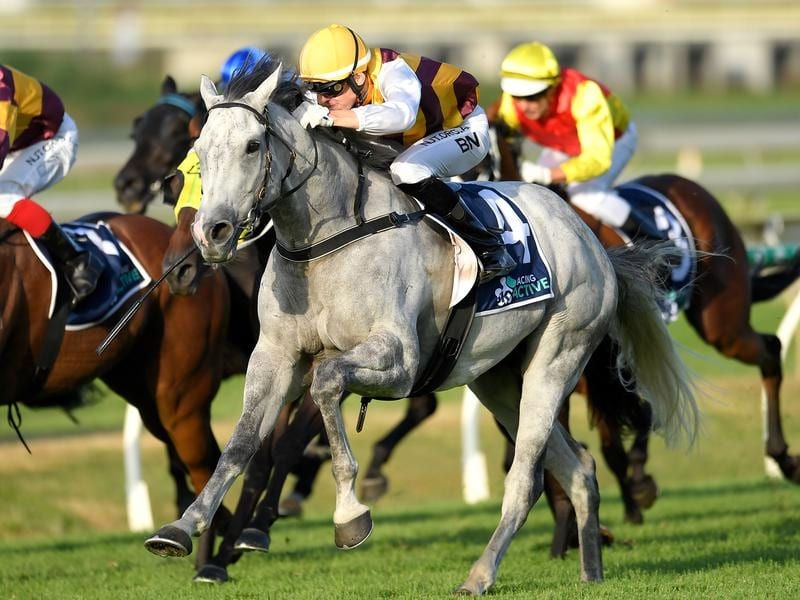 Silvera went from near last to swamp the Members Cup field in the final 200m at Doomben.

Things finally went right for talented Silvera when he broke a run of bad luck to win the Listed Tattersall’s Members Cup at Doomben.

Silvera, who was originally with Tony McEvoy in the south, has been a great asset for trainer Tony Gollan after the grey was sent to him last winter.

Silvera won the Rockhampton Cup and the Listed Tattersall’s Mile in the winter.

Gollan decided to miss the spring with Silvera and set him for the Group Two Villiers at Randwick in December.

But that plan was scrapped when Silvera was hit in the eye by a clod during his first-up run back.

The gelding was not a Magic Millions horse, which limited his options and he was having only his third run since December on Saturday.

“He can do that off a good pace and the softer surface at Doomben suits him,” Gollan said.

“Linda Huddy bred him and races him so he is a bit special for her.”

Magnufighter ($15) showed his best form this campaign to be a good second after being caught deep throughout.