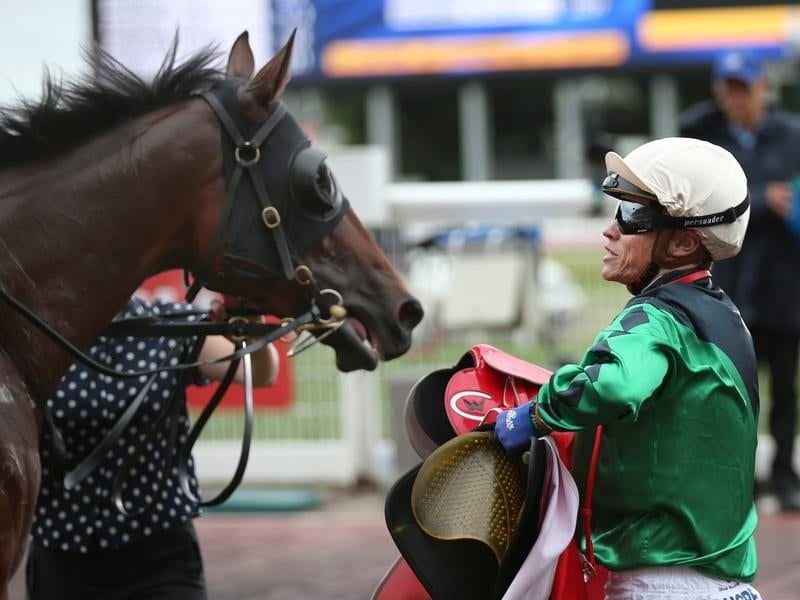 Silent Sedition heads to the Coolmore Legacy Stakes off a slightly different preparation from a year ago but trainer Andrew Noblet believes the mare is thriving ahead of her latest big-race assignment.

The quality sprinter-miler started favourite and finished fourth in last year’s edition of the 1600m Group One race for fillies and mares at Randwick on a soft track.

Noblet expects the anticipated good surface this time to be more in Silent Sedition’s favour.

Silent Sedition was a close second in the Group One Coolmore Classic (1500m) at Rosehill for the second-straight year last month, but unlike 2017 she goes into Saturday’s race without another run in between.

Last year the mare contested, and duly won, the Group One William Reid Stakes (1200m) at Moonee Valley in between the two Sydney races but timing-wise that didn’t work out this time.

Silent Sedition has had four weeks between races.

“She went back (to Victoria) and went to the beach for about five days to get over the trip back,” Noblet said.

“She came back in and she’s had a trial at Cranbourne and she had a nice hit-out at Caulfield on Tuesday morning and then came up to Sydney on Wednesday night.

“Last year she had a race in between, albeit she won but just having that bit easier trial, pressure-wise, rather than a race she seems to have thrived on that.

“She’s travelled up well and she’s as bright as a button.”

Silent Sedition had equal top weight of 57.5kg in the Coolmore Classic when beaten a short-neck and a half-head behind Daysee Doom and Oregon’s Day but she meets that pair 0.5kg and 6.5kg better under the weight-for-age conditions on Saturday.

“She was terrific,” Noblet said.

“The winner was good and was well-ridden, and I think my mare just got put off at the start a bit.

“There was one horse playing up next to her and Craig Williams was of the opinion she was put off a bit.

“She missed the kick and ended up being two pairs further back than we wanted. And with the weight she was only beaten narrowly but I was rapt with her run.

“The conditions of this race are going to suit her, and the other Group One-winning mares, more than most.”

Silent Sedition has barrier 10 in the field of 17 and was on the second line of betting at $6.50 on race eve behind Dixie Blossoms ($5).