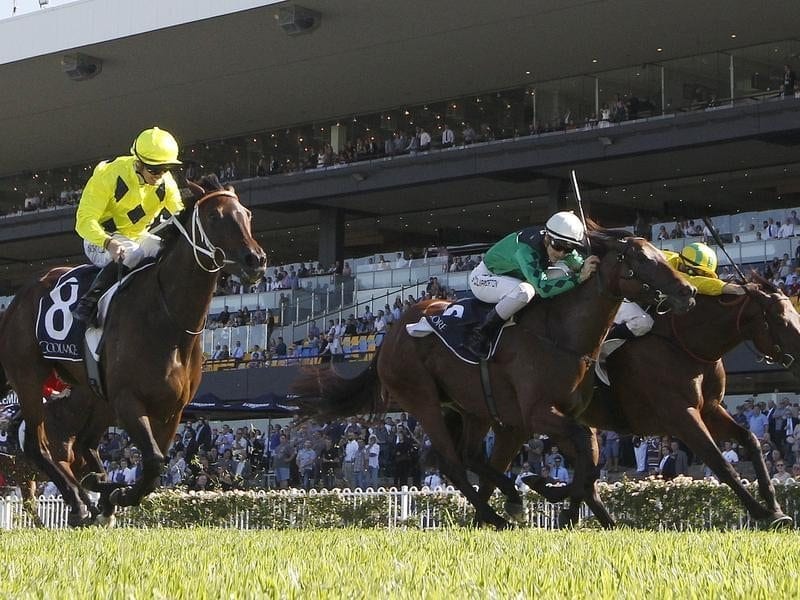 A pleasing barrier draw has buoyed trainer Andrew Noblet’s hopes Silent Sedition can go one better in this year’s Group One Coolmore Classic.

Silent Sedition endured a tough run in 2017 from barrier 18 before going down by a short half-head to Heavens Above.

Noblet considered the performance one of the better ones of the year without winning and the mare then took out the Group One William Reid Stakes at her next start.

“She drew wide, was deep and did all the work and only just got nailed last year,” Noblet said.

The Melbourne mare will jump from much closer to the rail this time in Saturday’s Coolmore (1500m) for fillies and mares at Rosehill after drawing barrier seven in the field of 19 which her trainer believes is “perfect”.

“It’s a very good, even race and barriers make a lot of difference in these races,” Noblet said.

“You’ve got 18 of the better fillies and mares in the country running around you and there’s not much between them, so luck in running plays a part and if you get a decent gate it makes a bit of a difference.”

Factoring in Silent Sedition has to carry 3kg more on Saturday than in 2017, Noblet believes her form is probably equivalent heading in.

“She won well last start and definitely had something in hand at the end of it,” he said.

“She’s come through accordingly and I’m looking forward to getting her up there and seeing how we go.

Noblet put blinkers on Silent Sedition last start for the first time in the mare’s career and they stay on for Saturday after they had the desired effect.

“She was a lot more forward in them. She raced very well in them,” he said.

Craig Williams has ridden Silent Sedition in the majority of her starts, including her two runs this campaign, and sticks with the mare on Saturday.

“He has been on her and it’s a good thing that he has a fair handle on her and knows what she’s like,” Noblet said.

“It gives you a bit of confidence when he was very buoyant about the win last start.”