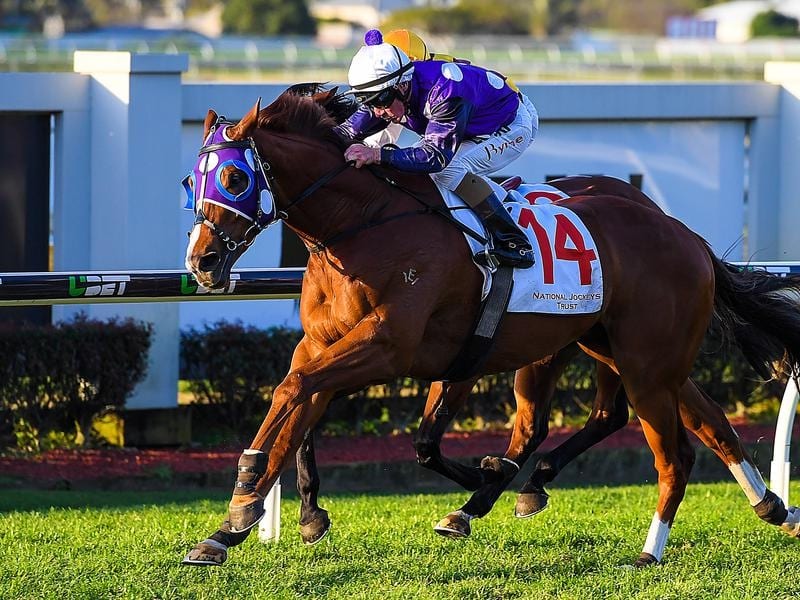 The talented but frustrating Shogun Sun will step up in distance at Eagle Farm after trainer Kelly Schweida struggled to find a suitable race for the gelding.

The gelding will tackle the longer race with comeback jockey Jim Byrne to ride.

Byrne broke a leg in a fall on December 18 but rode his first winner back on Amacita at Doomben on Wednesday.

Schweida is not convinced Shogun Sun is at the correct distance on Saturday but thinks he can give Byrne another win.

“One race was too short and the other too far. I really wanted a 1400 metre race for him but in the end we are going with 1500 as it is the lesser of two evils,” Schweida said.

The distance dilemma is the latest problem Schweida has faced with Shogun Sun who has raced well in top company but finds it hard to win.

Shogun Sun was a Sydney winner as a three-year-old but has been dogged with bad luck in the past 18 months.

His last win was in August 2018 and he has been minor placed six times since including a third in the 2019 $1 million Magic Millions Cup.

“The run looked ordinary but his final sectionals were good so it might have been better than we thought,” Schweida said.

“He is starting to run out of chances but this should suit him,” Schweida said.

Schweida has a close affinity with the family of Magic Conqueror who will be having his third race start in the Two-Year-Old Handicap (1400m).

The gelding is a son of former top race mare Plain Magic making him a half brother to handy Brisbane sprinter Magic Fox.

Magic Fox has won three races and raced in stakes company while Magic Conqueror has a second from two starts.

“I put blinkers on him last start and he improved,” Schweida said.

“He did look lost in the straight until the final 100 metres when he really flew for second. A couple more bounds and he probably wins.”

Schweida has a strong hand on Saturday with Slow Hands among the favourites for the TAB Handicap (1845m).

“He has a terrible barrier but he is overdue for a win,” Schweida said.