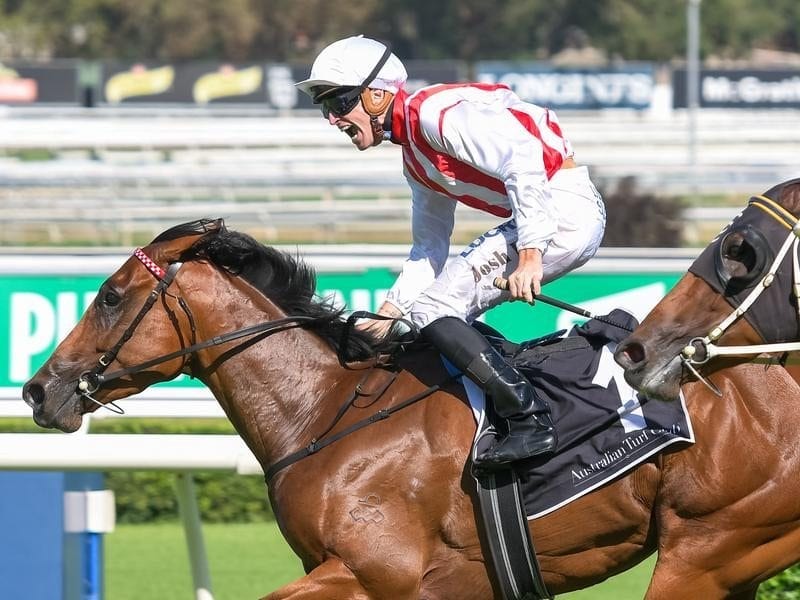 Victorian filly Shoals has rebounded from a lacklustre return to racing to claim the Group One Surround Stakes at Randwick.

Shoals finished down the course at Caulfield when resuming last month but she confirmed her class in the spring, beating older horses in the Group One Myer Classic.

Melbourne trainer Anthony Freedman’s son and assistant Sam had no doubt the filly would get back on track for a tilt at the Group One Coolmore Classic (1500m) at Rosehill in a fortnight.

“We got her a bit wrong first-up. She had a month off and she blew right out,” he said.

“She was probably a little bit fat first-up.”

The Fastnet Rock three-year-old atoned in style hold off fast-finishing Torvill ($18) to score by half-a-length.

Although regular jockey Mark Zahra suggested blinkers for her second-up after she finished second last in the Group Three Kevin Hayes Stakes, Freedman stuck with the status quo for the Surround Stakes (1400m).

“We weren’t fussed by that, we know she’s got the ability. We were confident in her bouncing back from that,” he said.

“She’s done a fantastic job and it looks like the Coolmore is there for her.”

Jockey Josh Parr was rapt after recording the third Group One of his career, thanks to Blake Shinn’s suspension.

“It’s never nice for someone’s misfortune to become my good fortune … it’s uncanny how it works, the pick-up ride will often win,” he said.

“I knew I’d be in a good spot in a forward position and she’s a really gallant little thing.”

Skilled supplied Parr’s first Group One in the 2010 edition of the Champagne Stakes and four years later he guided Hampton Court to the line in the Spring Champion Stakes.