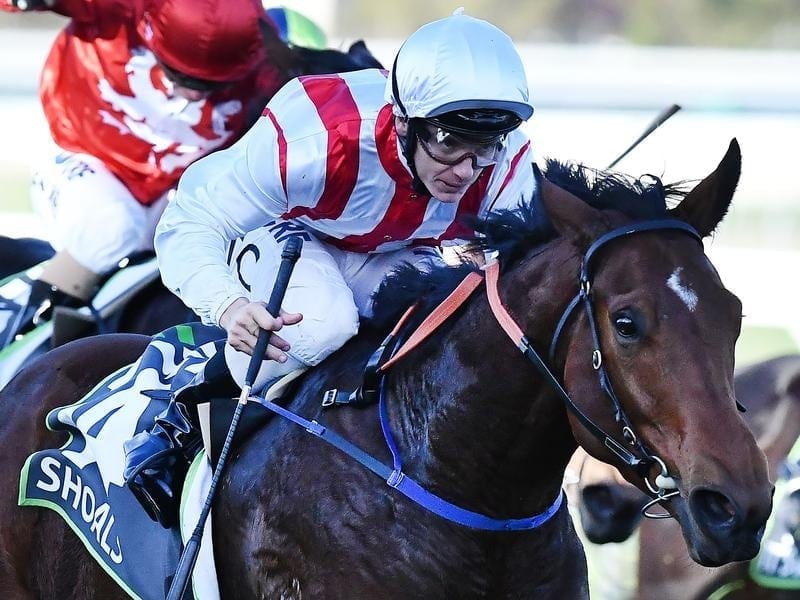 Triple G1 winner Shoals will run for The Star Group in the $13 million Everest at Randwick.

Triple Group One winner Shoals is the latest horse confirmed for the $13 million Everest with the filly to run for the Star Entertainment Group.

She is the fifth sprinter to secure a place in the 12-horse field for the spring showpiece on October 13 at Randwick.

“Jonathan and I are delighted to conclude an arrangement with The Star for Shoals to run in The Everest,” Messara said.

“We think she is a great chance to win the race and we’re all looking forward to her return in the spring.”

Shoals is one of five horses to win three or more Group One races this season. Champion Winx has won six while Shoals, Happy Clapper, Santa Ana Lane and Trapeze Artist all won three.

Trapeze Artist has already secured an Everest slot and will run for Aquis Farm.

The Star was an original slot owner for The Everest won in its inaugural running in 2017 by Redzel.

“We’re excited to be fielding a runner this year in partnership with Arrowfield’s John Messara,” Michael Hodgson, general manager Business Development and Partnerships at The Star Entertainment Group, said.

“He’s one of the most knowledgeable and esteemed racing men in the world, and in Shoals we believe we have an outstanding filly capable of claiming the event.”