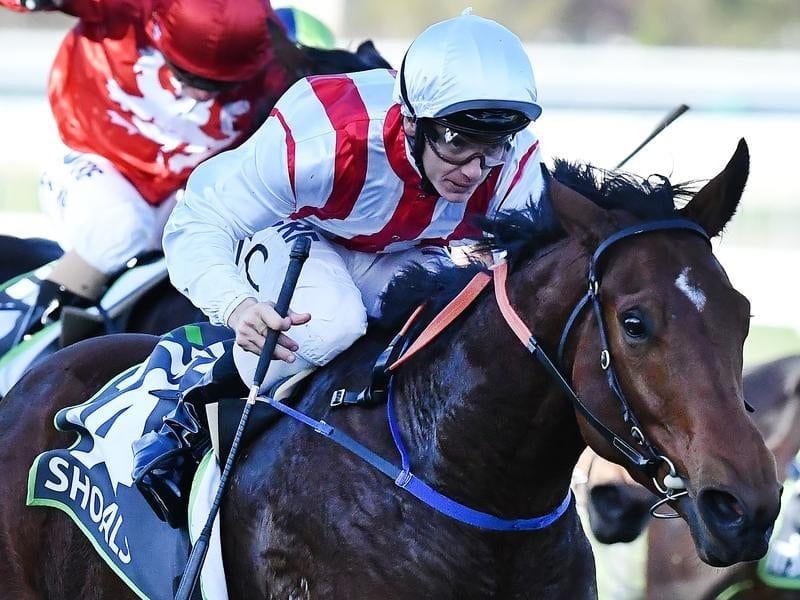 Triple Group One winner Shoals will be aimed at The Everest rather than Royal Ascot.

Triple Group One-winning filly Shoals will stay at home to concentrate on the $13 million Everest rather than travel to England for Royal Ascot.

The Anthony Freedman-trained Shoals won her third Group One title and her second against older mares in Saturday’s Robert Sangster Stakes (1200m) at Morphettville.

Her owners Jonathan Munz of Pinecliff Racing and John Messara of Arrowfield Stud made the decision on Monday to bypass the Royal meeting in June and target The Everest at Randwick in October.

Freedman said on his website the filly could now take on her male counterparts in Adelaide’s premier sprint, the Group One Goodwood, (1200m) at Morphettville on Saturday week.

He said Royal Ascot remained an option next year with the possibility she could then be served to southern hemisphere time by one of Europe’s leading stallions.

Shoals other Group One wins have come in the Myer Classic (1600m) at Flemington in the spring and the Surround Stakes (1400m) at Randwick in March.