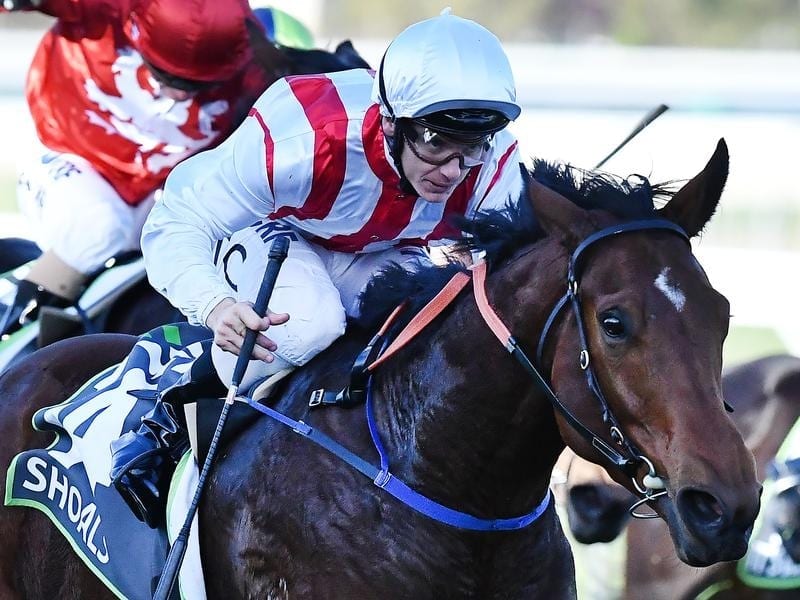 Three-time Group One winner Shoals will try to add another elite level victory in the William Reid.

With the racing career of Shoals drawing to an end, her trainer Anthony Freedman says she could not be in better shape ahead of another Group One assignment.

Shoals runs at Moonee Valley on Friday night in the William Reid Stakes looking to add a fourth victory at the highest level to her record.

A poor blood count early in Shoals’ campaign delayed her return and she resumed with a second to Trapeze Artist in the Canterbury Stakes at Randwick on March 9.

“She came back from Sydney and has had 10 or so days down at Pinecliff and has freshened up nicely,” Freedman said.

“She’s good second-up. It looks a nice race for her. She’s drawn well and she should be competitive.

“Her blood’s all good again now and she’s fine, so we’re happy to go to the races again.”

With retirement looming for a future as a broodmare, Freedman is mindful of not over-taxing Shoals.

He says she is likely to return to Sydney, but that is dependant on the weather, while there are Group One races in Adelaide to be considered.

Shoals’ last win was in the Sangster Stakes at Morphettville last May.

“Her next couple of runs are likely to be in Sydney but that will be up to the weather,” Freedman said.

“She has won on the heavy in her early days but she didn’t handle it in The Everest.

“We’ll have to see what the weather does and what they (the owners) want to do with her.

“She’s going to stud this year so she won’t have too many more runs.”

The mare, who is owned by Pinecliff’s Jonathan Munz and Arrowfield Stud’s John Messara, could also head overseas.

Shoals and stablemate Santa Ana Lane have been nominated for the Chairman’s Sprint Prize in Hong Kong on April 28 while Royal Ascot in June has also been discussed.

“She hasn’t been inoculated but she’s still got time if the decision is made to go,” Freedman said.