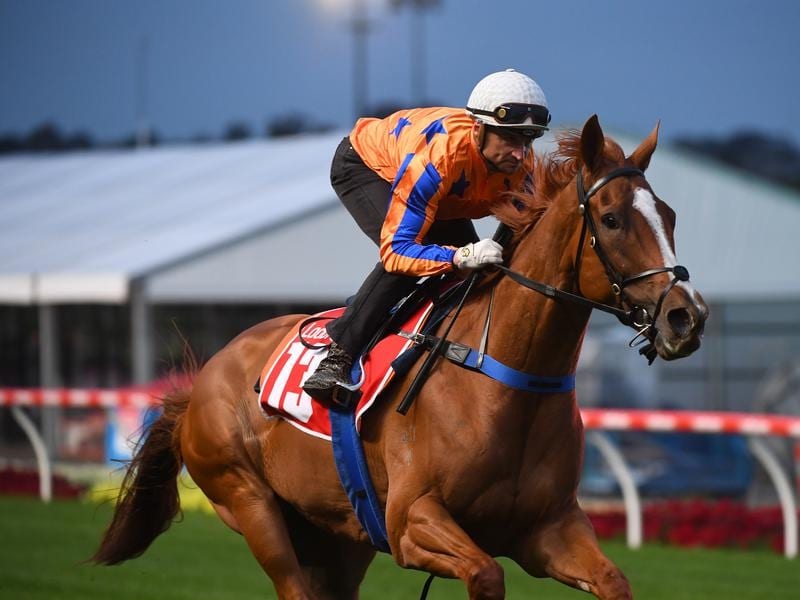 Te Akau Shark has opened favourite for the Chipping Norton Stakes as he attempts to record his second Group One win in two summer starts.

Runner-up in the Epsom Handicap and third in the Cox Plate, Te Akau Shark claimed a first Group One win in the BCD Sprint at Te Rapa on February 8.

He has been posted the $2.50 favourite for Saturday’s Chipping Norton (1600m) at Randwick, Sydney’s first Group One day for 2020 with the weight-for-age feature won for the past four years by the now-retired Winx.

Group One winners Avilius and Fierce Impact are at $5 and $6 respectively with 18 entries taken on Monday.

Last spring the filly finished second to Funstar in the Flight Stakes (1600m).

The Chris Waller-trained Funstar has not raced since the Flight while Probabeel has had two starts for two wins including the Karaka Million 3Y0 Classic, beating Australian-trained colt Conqueror.

Probabeel is the TAB’s third favourite at $5 with Funstar at $3 and Godolphin’s Thousand Guineas winner Flit at $3.50.

Flit showed she had returned in good order with her win in the Light Fingers Stakes last Saturday week.

Waller had considered starting Funstar in the Light Fingers but decided to stick to his original plan.

“It was always the plan to run in the Surround and then go second-up into the Phar Lap Stakes or Keith Nolan then on to the Vinery.”

In her three-year-old autumn before her 33-winning streak began, Winx ran fifth in the Surround, won the Group Two Phar Lap (1500m) and finished fifth again in the Group One Vinery Stud Stakes (2000m).