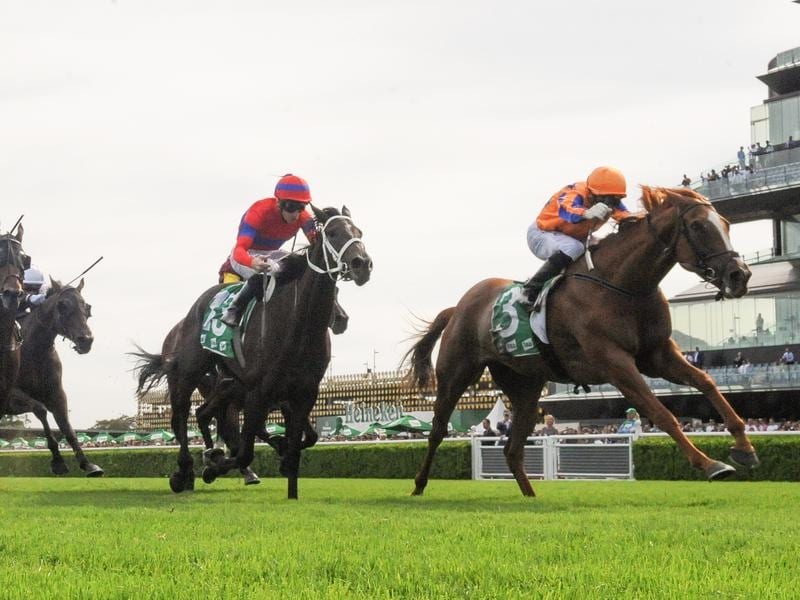 Te Akau Shark (r) has done the the work since the Chipping Norton and is ready for the George Ryder.

Biosecurity conditions will force trainer Jamie Richards to watch Te Akau Shark’s George Ryder Stakes bid from afar but the measures could favour one of the star galloper’s rivals.

Richards has opted to base himself at home in New Zealand following the introduction of strict 14-day quarantine measures for those arriving into the country from overseas.

Te Akau Shark lines up in Saturday’s Group One 1500m-feature after turning in a breathtaking performance to win the Chipping Norton Stakes.

Richards says the gelding took a few days to get over the effort but all indications are he is poised for a repeat performance at Rosehill.

“He had a fairly quiet few days. He just feels his runs a little bit but we were really happy with him towards the end of last week,” Richards said.

“He has prepared well with some nice work on Saturday and Tuesday and he goes into the race in good shape.”

Te Akau Shark came from back in the field to overwhelm his rivals over 1600m last start.

Richards dismissed the shorter journey as a vulnerability and says the horse should be fresh enough to adapt.

“I don’t think it will be a concern to him. We’ve kept him nice and fresh and we haven’t overworked him,” Richards said.

Godolphin mare Alizee will be among Te Akau’s Shark’s opponents and is looking to rebound from a disappointing effort behind the New Zealander last start.

Dynamic when she is on song, Alizee can become fizzed-up in the parade ring and jockey Hugh Bowman says that was the case before the Chipping Norton.

The public is not permitted to attend on Saturday, which could benefit Alizee.

“It might help her. Let’s hope so,” Bowman said.

“She was a bit hot under the collar before the race (last start) and she just boiled over a bit, which can happen to her.

“Let’s just hope she has put that behind her and turns up in the frame of mind she did for her first two runs because both times she was in great order and raced really well.”

A triple Group One winner, Alizee was second to Standout in the Expressway Stakes first-up before winning the Apollo Stakes.

But Bowman, who has won the past four editions of the George Ryder aboard Winx, admits he has been blown away by Te Akau Shark and rates him the horse to beat.

“He could have just gone to another level now. If he does what he did in the Chipping Norton again he will be winning,” Bowman said.