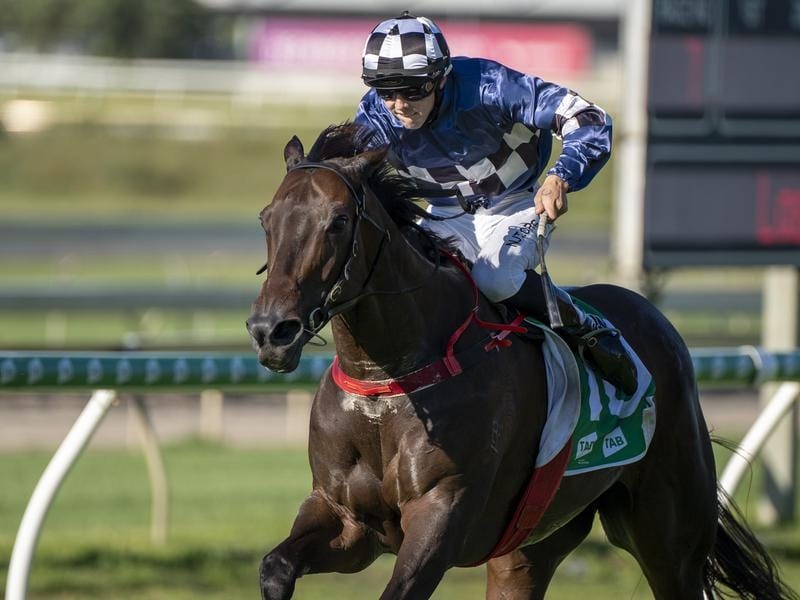 Shalwa will try to enhance her broodmare value in the Listed Helen Coughlan Stakes at Doomben.

Shalwa will be having her fourth run in a stakes race in the Listed Helen Coughlan Stakes (1350m) at Doomben.

She showed she was up to stakes company when second in the Listed Just Now Quality during the Brisbane summer but trainer Tony Gollan wasn’t entirely happy with her form.

“We took the blinkers off her in March and she has been able to get out in distance and be strong,” Gollan said.

“Shalwa is off to stud this year and this is a chance for her to get more black type.

“She really has turned things around since we made the gear change.”

“It was by far the fastest trial of the morning and it was just what she needed,” Gollan said.

Shalwa, who is by noted sire of broodmares O’Reilly, has won six races and is already a valuable stud prospect.