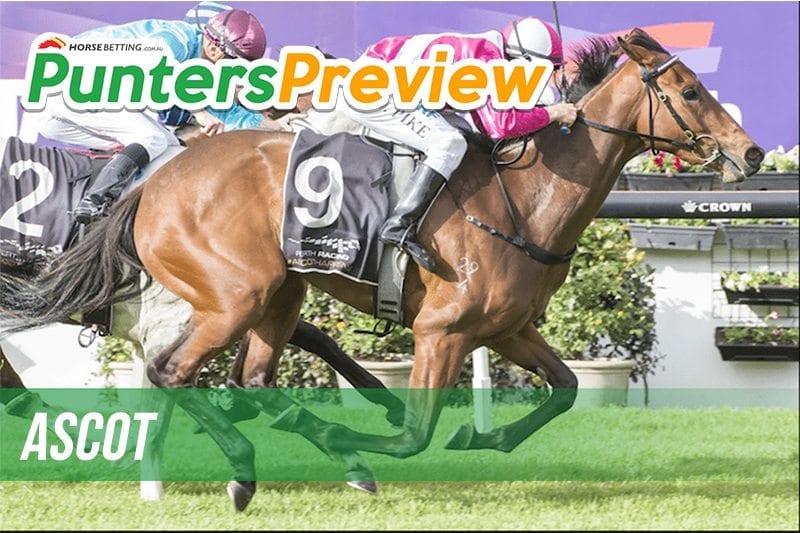 PUNTERS have eight races to bet on at Perth on Saturday and the fields have come up trumps.

We have free tips, form and updated odds for every race on the Western Australian card.

Rebow produced a good performance for second last time out and there has been good betting support for this. The four-year-old is nearing a win and there aren’t many genuine threats in this.

Kelly’s Callisto is on debut for Adam Durrant and it looked good winning a trial at Lark Hill. It has been well-supported on debut at $4.20 and that suggests a good run is in order.

Street Fury has been well-backed from $2.90 to $2.75 following its placing last start. The Pearce-trained three-year-old has already won this campaign and William Pike takes the ride.

Caipirinha is a quality type for Simon Miller, which finished second behind Battle Hero last time out at Ascot. The winner of four races and over $360,000 in stakes, Caipirinha looks a good bet in this.

Action has taken most of the action here at a short price. The three-year-old is unbeaten after two starts and despite this being much harder, it looks a nice type in the making.

Mantime has won and placed from four starts this campaign and it looks well placed to score again. The Miller-trained favourite ran a close second last start and it’s capable of going one better.

Key to Fame hasn’t been able to win this preparation, but the inside draw helps here and it should be able to dictate over this distance.

Gunnago has been knocking on the door its last two starts, which both resulted in placings. It has drawn well in barrier four and it represents value in an even field.